Ken Auletta, staff writer for The New Yorker and author of 11 books, will deliver the Reed Sarratt Distinguished Lecture at the UNC Hussman School of Journalism and Media on Tuesday, Oct. 23, at 4 p.m. in 111 Carroll Hall.

In his most recent book, "Frenemies: The Epic Disruption of the Ad Business (and Everything Else)," Auletta considers the $2 trillion global advertising and marketing business, and reports on the many newspapers, magazines, TV and radio stations – as well as digital enterprises – it supports.

In the keynote lecture, “Frenemies: Winners and Losers in the Advertising Wars,” Auletta will examine the age of disruption — from the perspective of advertising’s most powerful players, and through the lens of the “frenemy” relationships now shaping the industry’s future.

Following the lecture, Auletta will have an on-stage discussion with Teaching Assistant Professor Gary Kayye and top Hussman School students.

Staff writer for The New Yorker and author of 11 books, including five national bestsellers, Ken Auletta is “the James Bond of the media world,” as BusinessWeek put it. His high-profile interviews and commentary have been a staple of our culture for decades, providing a roadmap for where society has been and where it’s going. In ranking him as America’s premier media commentator, the Columbia Journalism Review concluded, “No other reporter has covered the news communication business as thoroughly.”

In his award-winning “Annals of Communications,” Auletta writes on the future of media and communication, and the disruption it brings to our lives. He chronicles major events and explores the powerful people shaping the Internet, social media, television, Hollywood, newspaper, publishing and technology industries. His profiles have revealed with unique intimacy the inner-workings of such famous media personalities as Rupert Murdoch, Google’s Larry Page and Sergey Brin, Facebook’s Sheryl Sandberg and Mark Zuckerberg, Netflix’s Reed Hastings, Harvey Weinstein, Barry Diller, the editors and publisher of The New York Times, and Bill Gates. His profile of Ted Turner, “The Lost Tycoon,” won a National Magazine Award as the Year’s Best Profile.

For Auletta's latest book, "Frenemies: The Epic Disruption of the Ad Business (and Everything Else)," he decided to “follow the money” of the advertising and marketing industry, and reports on the many newspapers, magazines, TV and radio stations — as well as digital enterprises — it supports. Frenemies was called  “a bright, informative take on an industry in turmoil” in its Kirkus Review.

"Googled: The End of the World as We Know It" was a New York Times bestseller and named one of the 10 Best Books of the Year by BusinessWeek. His other national bestsellers include "Greed and Glory on Wall Street," named one of the “Best books about Wall Street” by Yahoo Finance; "Three Blind Mice: How the TV Networks Lost Their Way;" "The Highwaymen: Warriors of the Information Superhighway;" and "World War 3.0: Microsoft and Its Enemies."

Auletta’s ability to be welcomed in rarely visited sanctums has allowed him to take readers into a judge’s chambers during the Microsoft Trials, a Murdoch and John Malone business summit negotiation, Viacom board meetings, New York Times front page deliberations and White House communications team meetings. The stunning interviews he conducted with the federal judge who presided over the Microsoft Antitrust Case were cited by the U.S. Court of Appeals to reverse the judge’s decision.

Auletta has served as a Pulitzer Prize juror, been named a Literary Lion by the New York Public Library, has for several decades been a National Judge of the Annual Livingston Awards for Young Journalists, and was selected one of the 20th century’s top 100 business journalists by a distinguished panel of his peers. 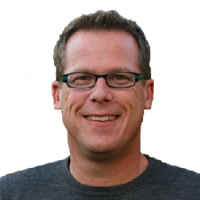 Hussman School alumnus and faculty member Gary Kayye teaches courses in new media and its impact on the future of advertising, marketing and public relations. He has worked in technology branding and marketing for more than 25 years. Kayye founded rAVe [Publications] and is director and founder of THE rAVe Agency — a full-service creative agency. He is recognized as a social media and new media technology expert, especially in the B2B markets. 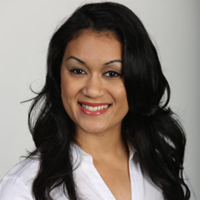 Lauren Houston is a second-year master’s candidate from Fayetteville, North Carolina, studying strategic communication. Her passions include improving diversity and inclusion practices. Houston is the senior research assistant and writer for the Carolina Graduate Magazine. She was one of the youngest recipients to earn the 2017 “Women on the Move” recognition by Onyx Magazine. 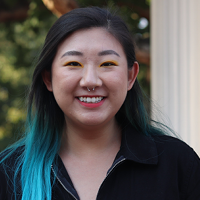 Valerie Choe is a public relations senior from Atlanta with minors in Korean and studio art. Choe is a member of the photo/video committee for the school's FashionMash Gucci campaign this semester. Over the summer, she was a CTB global marketing intern. During Spring 2018, she was a Brainbuild App public relations research intern. Choe also joined the Hussman School trip to China during Summer 2017. 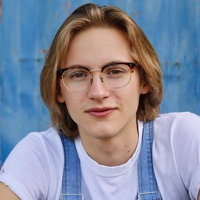 Carter Guensler is a fourth-year Morehead-Cain scholar from Atlanta. Studying environmental science and dramatic arts, they hope to one day write a hit Broadway musical about climate change. When not on the stage, Guensler spends their time biking, climbing, shooting travel photography and working to launch a new UNC podcast: Born Bred Dead.

The Reed Sarratt Distinguished Lecture has featured nearly 40 top journalism, communication and media professionals since 1987.It honors the Charlotte, North Carolina, native, 1937 graduate ofUNC and executive director of the Southern Newspaper Publishers Association. Sarratt served as the inaugural president of the school’s alumni association and was inducted into the NC Media and Journalism Hall of Fame in 1985.