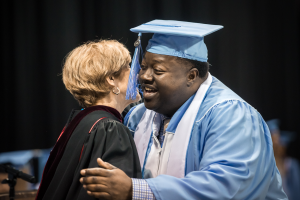 Nine months ago, UNC Hussman School of Journalism and Media photojournalist Jason Armond ’19 was a “30-something” student on his first trip ever to New York City. When he looked up from the bus, suitcase in tow, and saw the iconic façade of the Renzo Piano-designed New York Times building where he would spend over two weeks absorbed in city beat reporting, “I got goosebumps,” he remembered.

Armond was among 26 of the best and the brightest student journalists from around the country to be accepted into the all-expenses-paid New York Times Student Journalism Institute’s immersive program. He had awards from the White House News Photographer’s Association, the Society for News Design and the Hearst Journalism program under his belt, but this was another level of challenge. He’d spend the next two-and-a-half weeks working at a frenzied “New York Times pace” — finding, reporting on and posting stories and photos in New York City under the guidance of reporters and editors from The New York Times. Armond learned that he could keep up, and that he loved the pace.

One night, he found himself one of the last reporters in the unusually quiet downtown newsroom, a sweeping space he’d seen depicted in movies since he was a kid growing up in Wilmington, North Carolina. “I’m here in the newsroom at The New York Times,” he thought. “I haven’t made it yet. But because of the training that I’ve had, I don’t feel I’m unequipped if the opportunity presents itself.”

Fast forward to February and drive 2,879 miles west, to the offices of the Los Angeles Times. Here, Armond has found his niche. A passionate photographer from childhood, he’d tried community college, freelancing, and starting his own photography business in Wilmington.

Hungry for more, he returned to school for an education at Hussman while working to put himself through school. Not long after alumna Jacqueline Charles gave her spring commencement address to the 2019 class and he had tossed his graduation cap in the air at Carolina, Armond rolled into Los Angeles and reported to his dream job at the L.A. Times.

“It feels so good to finally be able to go to work every day and do the work that I dreamed of doing for such a long time,” Armond said recently. 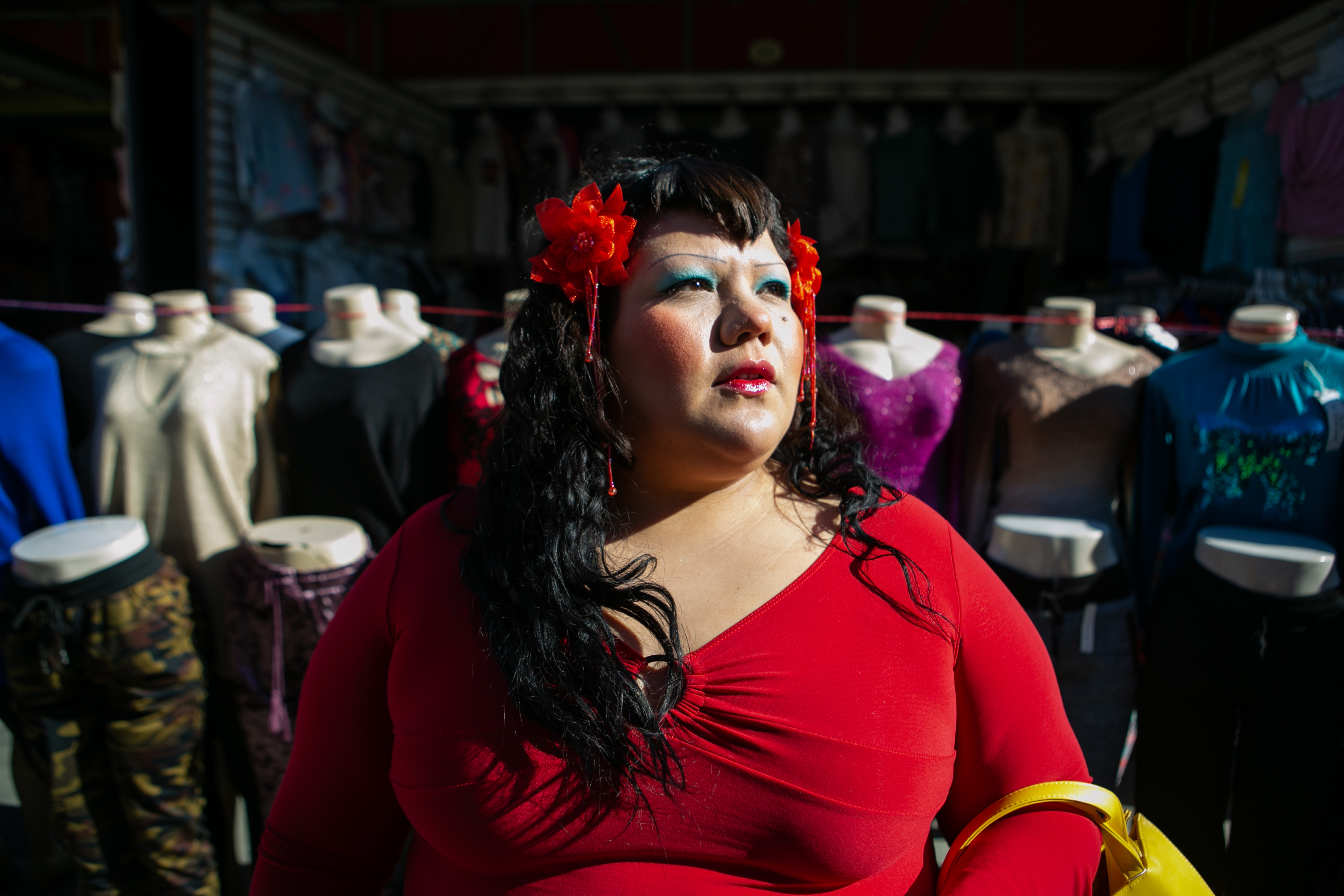 A full-time staffer with benefits under the paper’s MetProNews two-year training program, Armond was recommended to the L.A. Times by Pulitzer Prize-winner Angel Franco, one of his mentors at the N.Y. Times, who was visiting with Marcus Yam — another Pulitzer-winner — and recommended the recent Hussman graduate to the L.A. Times photographer.

”It was sink or swim from day one,” Armond remembered. ”They expect you to know your stuff. And you know when you’re doing good work, because you get more and better assignments.”

He spent 14 or 15 hours at the Staples Center and around Los Angeles after Kobe Bryant’s untimely death. He captured the moving portrait of artist Gabriela Ruiz (above) in Panorama City. He dove into an assignment at the airport, documenting family members reunited after being deported. ”That was a good assignment that I’m really proud of,” he said, and one that brought out emotions he had to channel into his work to contain. 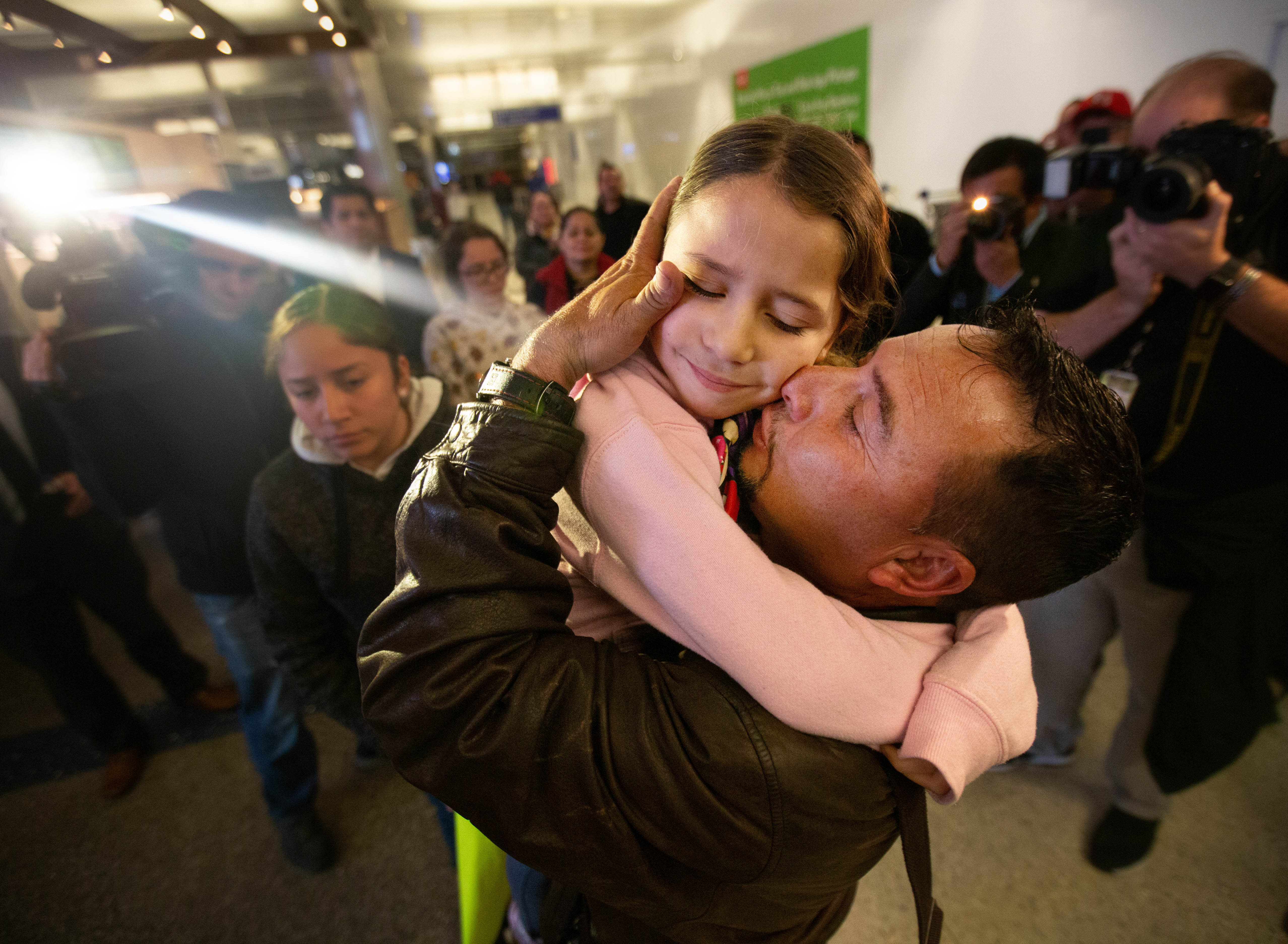 UNC Hussman Associate Professor Chad Heartwood got to know Armond well and is not at all surprised by his success. He called his former student ”a tenacious journalist with a unique ability to unearth authentic stories wherever he goes. He has heart, and that's really what it takes.”

Armond credits his Carolina education and experiences for much of his success.

“Because I took advantage of all the opportunities offered at Hussman and at the Daily Tar Heel student-run newspaper, I was set up to succeed here at the Times,” Armond noted. He went on, ”Norman Pearlstine, the executive editor of the L.A. Times, along with several other journalists at the Times have commented to me that Hussman consistently produces very talented journalists.”

Dean Susan King, pictured above with Armond at graduation, said ”Jason exemplifies what gives us so much pride in our students. They have talent and a passion for storytelling — and the drive and persistence to chase their dreams. We give them the polish.”

An inspiration to many classmates as a student, Armond continues to inspire as a professional.

“Jason went back to school to achieve his dream of being a photojournalist and is doing absolutely incredible work in Los Angeles,” said former classmate Alex Kormann ’19, himself a lauded photographer, now at the Minneapolis Star Tribune. ”He is one of the hardest working, funniest and kindest people I’ve ever worked with.”

“He kept me inspired and encouraged me to keep believing in myself,” Kormann added. ”We were and still are always in each others’ corners.” ◾️

Photos by Jason Armond / Los Angeles Times. ABOVE: Panorama City California, December 27, 2019: Gabriela Ruiz poses for a portrait on Friday, December 27, 2019 in Panorama City, California. Ruiz, a Los Angeles artist,  plays with body and identity in her solo show "Full of Tears," at the Vincent Price Art Museum. BELOW: Los Angeles, California, January 22, 2020 — Fernando Arredondo embraces his daughter, Alison Arredondo, at LAX on Wednesday, January 22, 2020 in Los Angeles, California. Arredondo is one of 11 parents who were deported without their children during the Trump administration’s zero-tolerance policy.