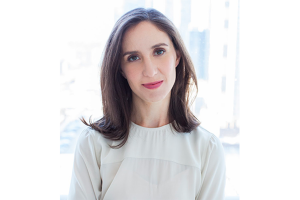 Emily Steel, a 2006 graduate of the UNC Hussman School of Journalism and Media and Pulitzer Prize-winning reporter with the New York Times, received one of this year’s Distinguished Young Alumni Awards from the UNC General Alumni Association on Sept. 27, 2019.

The Distinguished Young Alumni Award recognizes alumni age 40 or younger whose achievements have brought credit to the University and whose efforts have helped improve the lives of others.

In 2018, Steel and her Times colleagues were recognized alongside other journalists for public service reporting exposing sexual predators and “bringing them to account for long-suppressed allegations of coercion, brutality and victim silencing.”

In part due to Steel’s reporting, this coverage earned the paper a 2018 Pulitzer Prize for Public Service.