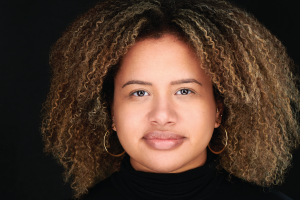 Heyward will work as a reporter on The Times’ National desk during the yearlong fellowship.

The fellows — The Times’ third fellowship class — represent 17 U.S. states, as well as Puerto Rico, Britain and Vietnam and will serve in a variety of beats and capacities across The Times’ New York, San Francisco, Washington and London newsrooms.

“Having the opportunity to work alongside reporters I’ve been reading for years is amazing,” Heyward said. “It’s such an honor to work for an outlet that has such a large readership and influence.”

Heyward already experienced the privilege of working for The Times as a freelancer, authoring such articles as “Violin Vigils Honor the Memory of Elijah McClain” and “He Turned ‘I Can’t Breathe’ Into Protest Music” during the summer of 2020.

She worked with Zachary Woolfe, The Times’ classical music editor, on both pieces, who praised Heyward’s creativity and work ethic.

“Relatively few freelance writers think to approach the classical music team at The Times, but Giulia's pitches were creative and ambitious,” Woolfe said. “Both of them, especially her story on the ‘violin vigils’ that had sprung up in honor of the death of Elijah McClain, required particularly nuanced, sensitive reporting and writing, and she was adroit in dealing with all the subtleties and potential minefields. I'm delighted she'll be a fellow at The Times; the paper will benefit from having her.”

During her time at UNC Hussman, Heyward has also freelanced for The Atlantic, Huffpost and The New Republic among other media outlets.

“I am a believer that no assignment is ‘just for class,’ especially at the master's level. Students immediately take on real-world beats, here in the local community and beyond. They are also asked to articulate their ideas as pitches and think about their intended audience from day one," Sheppard said. “I live for students like Giulia who use that to successfully develop and place stories, building not just their skills and confidence, but their professional portfolio.”

Heyward also noted the importance of her involvement with the Carolina Association of Black Journalists (CABJ), as well as mentoring from its adviser Associate Professor Trevy McDonald as keys to her UNC Hussman success.

“The CABJ has been so important in making me feel a sense of community at UNC Hussman,” Heyward said.

The Times Fellowship starts remotely in June with tentative plans for in-person work in a couple of months. Heyward plans a New York City move in August.

Excited for her next chapter, Heyward knows the skills and lessons forged at UNC Hussman will be part of her professional story.

“The professors at UNC Hussman have all really pushed me with their work,” Heyward said. “They helped mold me into a great journalist.”