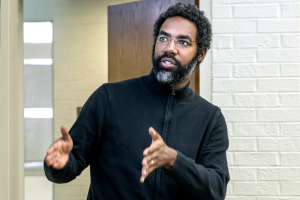 A social scientist whose research makes it into the pages of the STEM-focused Science magazine is a notable event. Founded in 1880 with seed money provided by Thomas Edison, today The American Association for the Advancement of Science (AAAS), the nonprofit publisher of the Science family of journals, reaches 16 million views each month on its websites. To have a second paper featured in Science a week later, as UNC Hussman School of Journalism and Media Associate Professor Deen Freelon did earlier this month, drew talk of trifectas from the likes of editor Tage Rai. 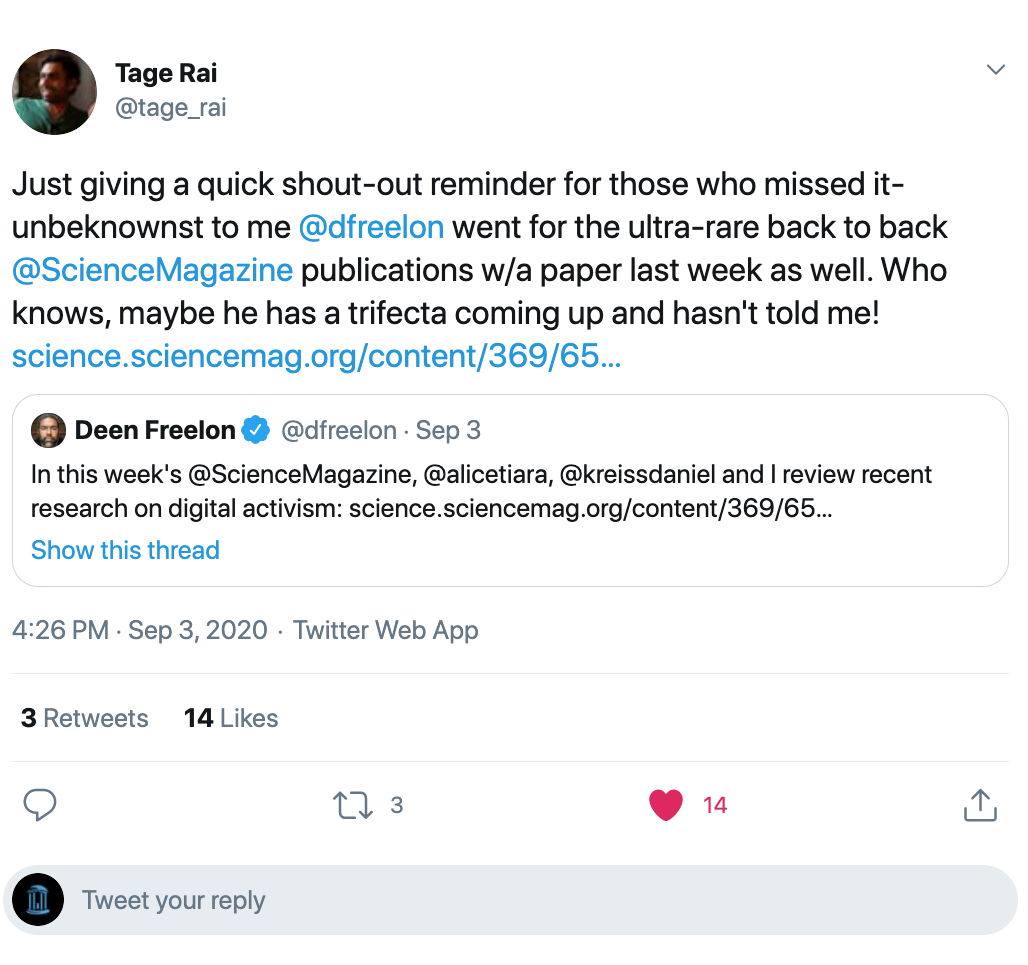 Freelon, also a principal researcher at Carolina’s Center for Information, Technology, and Public Life (CITAP), contributed to “Computational social science: Obstacles and opportunities” in Issue 6507 of the peer-reviewed academic journal. A week later, Science published “False equivalencies: Online activism from left to right” in Issue 6508, a special issue called “Democracy in the Balance” devoted to activism and social movements.

Freelon took the lead in assembling the second paper, noting that “I asked two of the smartest people I know to help me write it — and they did,” referring to UNC Hussman’s Edgar Thomas Cato Distinguished Associate Professor Daniel Kreiss and fellow CITAP colleague Alice Marwick, an associate professor of communication at Carolina. “I’m proud of what we came up with,” he added.

“False equivalencies” contains both an assessment of the different ways that the political left and right in the U.S. and throughout the industrialized West engage in online outreach — leftwing online protest and activist hashtag use versus rightwing online advocacy including disinformation distribution, respectively — and a call to arms to researchers to fill in unknown areas in the study of the media ecosystem.

“Deen, Alice, and Daniel document how right-wing disinformation flows between social, partisan, and legacy media,” said Neal Caren, an associate professor in the sociology department at UNC. “Still, they highlight the need for us to know more about how disinformation aimed at the left circulates.”

Deen Freelon is the son of the late Phil Freelon, an architect best known for his work with David Adjaye on the National Museum of African American History and Culture in Washington, D.C. His mother, Nnenna Freelon, is a jazz singer, composer, producer and arranger. The couple raised Deen and his younger siblings Pierce, a musician, educator and Durham City Council member and Maya, a visual artist, in Durham, North Carolina, where their eldest son graduated from Jordan High School in 1998.

A “not super-motivated” psychology student at Stanford University, Deen Freelon nevertheless graduated with honors, ironically finding his passion for computer science after leaving Palo Alto. His growing interest in politics and media steered him to the University of Washington in Seattle, where he received his M.A. (2008) and Ph.D. (2012) degrees in communication and met his now-wife, Kate Sheppard, a UNC Hussman teaching associate professor and senior enterprise editor at HuffPost.

“I wasn’t that good at coding to start off,” Freelon recalled, ”but when I learned in a different context, my skills shone. I was applying coding to what I was really interested in doing, and everything made sense. It was a means to an end.”

“That turned a light on for me,” said Freelon. “That’s how I teach it as well.” 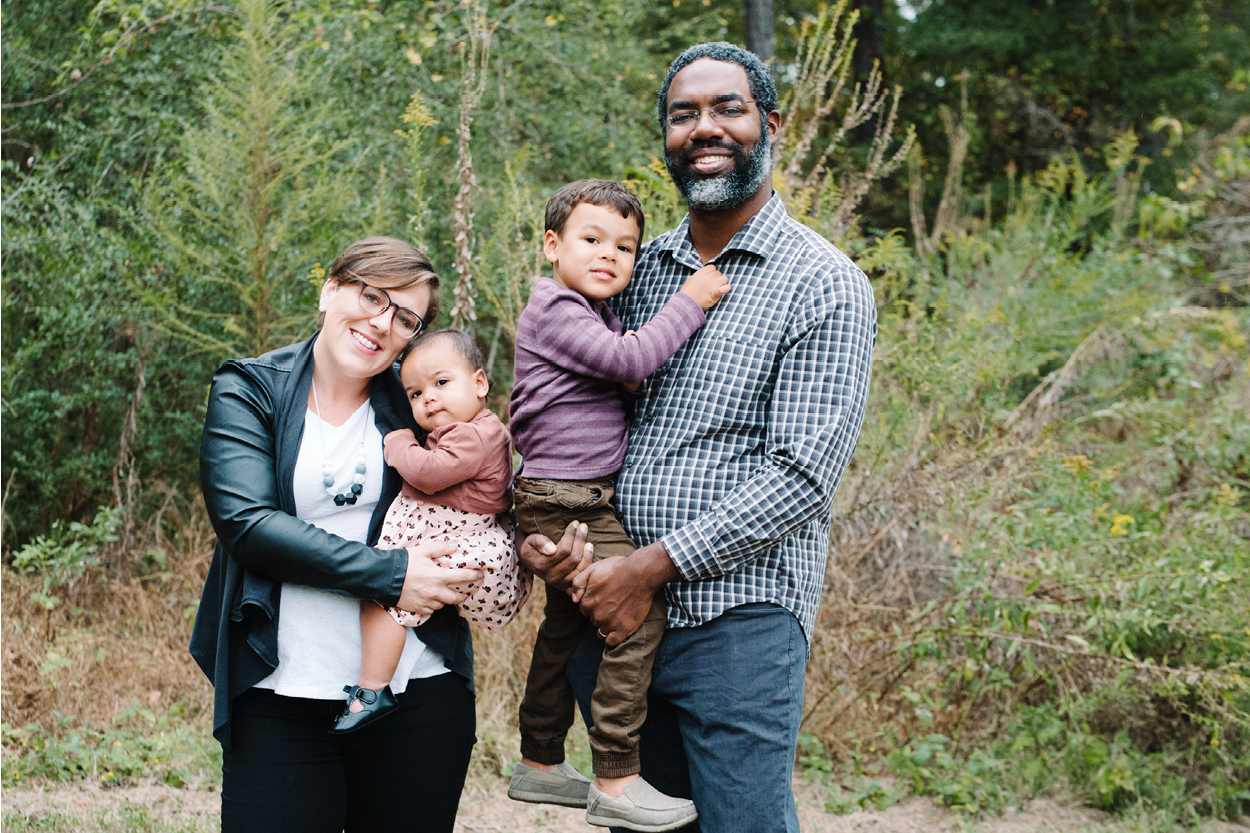 After six years in Washington D.C., where Freelon taught at American University, he and Sheppard joined UNC Hussman and moved to the Triangle area in 2017. They are raising their two children just up the road from his immediate family. He calls it a homecoming, and speaks of how happy he is that colleague Daniel Kreiss and Dean Susan King, who were instrumental in the move, convinced him to return to North Carolina.

At UNC, Freelon teaches and does research using code to analyze certain types of very large data sets, in his case mostly related to the study of social media and other digital communications with political applications. He’s been a principal investigator on grants from Facebook, the Knight Foundation, the Spencer Foundation and the U.S. Institute of Peace, among others. This semester, he’s teaching MEJO 790: Special Skills in Mass Communication, and has a course release allowing him to focus on an investigative project with Facebook and Instagram researchers related to the impact of digital media on the 2020 U.S. Presidential elections.

“Deen is one of the country’s leading researchers exploring the intersection of online and offline activism,” noted Caren. “His work combines contemporary methods from data science with in-depth knowledge of media and politics. His computational strength in analyzing clusters of social media users is particularly relevant for studying our polarized political environment.”

Former UNC Hussman Park Fellow Bart Wojdynski ’08 (M.A.) ’11 (Ph.D.), now an associate professor at the University of Georgia where he directs the Digital Media Attention and Cognition Lab, once said, “Deen Freelon is as good as it gets when it comes to combining computational methods with theory-driven political communication.” He added, “If this is your jam, apply to be a Ph.D. student at UNC.”

Since the Science magazine double-play, Freelon has been fielding calls from the BBC on how “clicktivism” is shaping our world; weighing in on the threat of disinformation on the 2020 campaign in a lengthy PBS NewsHour story; and juggling the ubiquitous coronavirus-related childcare challenges with Sheppard.

As for “False equivalencies: Online activism from left to right,” his most recent Science publication on digital activism: “I think this article should be a real wake up call for scholars who care about civic participation and democracy,” said Caren. “They demonstrate how the left and right are not just different in their political goals, but in their tools for achieving them.”