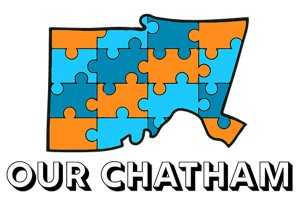 The experimental local journalism project “Our Chatham” was launched in the summer of 2018 as a project of the Reese News Lab with funding from the Knight Foundation’s Center for Innovation and Sustainability in Local Media. The goal was to create a “demonstration garden” of new technologies and techniques that would be applied in a relatively small community that one might call a “news desert.”

This is the kind of experiment that fits well with both the research and public service mission of the UNC Hussman School of Journalism and Media. Our Chatham focused on audience engagement, audience metrics and data-driven reporting in an effort to build a news service that would be self-sustaining over the long term.

Most incumbent news organizations lack either the will or the ability to invest in experimenting with these techniques as methods to lower expenses and generate new revenue streams. Across the country, entrepreneurs like the members of LION Publishers are taking the risks of changing the way local news is produced and funded. And experiments like Our Chatham, which are housed at research universities and funded by foundations like Knight, can play a critical role in building new knowledge that help sustain local news.

We at university labs have the ability to fail. In today’s precarious financial world for news organizations, failure is not an option.

It’s also clear that these experiments are valuable precisely because they don’t always yield the expected results. So, a year after launching, what can the local news business learn from Our Chatham? Here are the bullet points:

The project began as a design challenge for students who were working in the Reese News Lab during the Spring semester of 2017. Students were paid as “fellows” to work on this extracurricular project that used the constraints of local news to teach the process of developing new digital media products through the design thinking technique.

Two teams of students used the first three stages of the design thinking method to empathize with Chatham County residents and understand their unmet information needs. Out of their research and ideation emerged the idea of creating a local news product that was email-centric and focused on answering audience questions.

With the help of one undergraduate student, the first public prototype of Our Chatham launched as an email newsletter the first week of July 2018.  The student, Alexis Alston ’19, was highly motivated and interested in innovation as well as journalism.  She was part of the design thinking class run by the lab.  Alexis worked as a paid intern during the summer of 2018 to build an email newsletter base and learn more about Chatham County needs.  She led the effort to recruit a reporting team in the fall of 2018.

During the summer of 2018, Reese News Lab also engaged the Hearken company in the project to help build a product around audience engagement and reader revenue from the very beginning. Another student, facile in media development, was hired to design and build a prototype website. Eventually, the Institute for Nonprofit News was hired to adapt its WordPress-based Largo theme to the needs of a local news organization for which soliciting audience questions and generating email subscriptions would take precedence over publishing inverted pyramid text stories on the web. This site launched the first week of October 2018.

For the next several weeks a growing cadre of graduate and undergraduate students worked with Reese News Lab leadership to solicit audience questions, increase email engagement and begin live coverage of government meetings. With the day-to-day operations gaining their footing, it was clear that the project would need professional support beyond the lab’s director who needed to keep the focus on long-term strategy.  To be successful, such a site like Our Chatham needed someone to manage the editorial and audience engagement operations.

Since February 2019, the daily operations and editorial direction of Our Chatham has been overseen by Eric Ferkenhoff, a lecturer in the School of Media and Journalism who has been teaching writing and reporting classes here for several years. He will continue to work with students through 2019 to produce the Chatham Weekly, to grow its audience and engage the community.

The first student editor, Alexis Alston, graduated in May 2019 and began her first job soon after at The Texas Tribune in Austin.  During the summer of 2019, articles written by students have been picked up by the local newspaper.   For students, the Our Chatham experiment has been nothing but value added for their journalism education.

As the former director of the Reese News Lab who launched this “demonstration garden,” I still believe that audience engagement, email delivery and data-driven reporting can provide the foundation of a local news operation that is self-sustaining on reader revenue.

I believe that students need the opportunity to work in experimental local news environments like this and have a sense of ownership in the results. I believe that doing this kind of experimentation in the public view is the most efficient way to disseminate real-world experience to the broader community of local news entrepreneurs.

I also believe that trying to do this kind of experiment requires a long-term, steady commitment. Other similar projects in the U.S. and Europe take five to 10 years of lean hustling in order to succeed — and even then, many do not. This kind of experimentation is not for the faint of heart. I don’t think the news business will learn enough without larger financial investments.  As well, a talent pool that simply depends on a changing cast of undergraduate students to build the kind of community engagement and trust that local news organizations require to be self-sustaining is not an answer.

Can students help fill the gaps in local news reporting by generating stories for a local newspaper? The answer to this question is the same as it has always been – a resounding yes. Projects like Report for America and university-based news operations from Maryland to Florida to Arizona continue to prove that. But while having students – or recent graduates -- continue to work as interns does not help the expense side of the local news sustainability puzzle.

That said, Our Chatham can still have value even if audience engagement and financial sustainability are not part of its mission. There is great value in providing a real-world opportunity for UNC students to report and publish news stories in a community that reflects America much more than the town of Chapel Hill. Chatham County is a rural community that is quickly growing into a suburb. It has a large and rapidly growing Latino population that is putting down roots and changing the culture and economics of the community. It has incredible wealth and poverty. All of this provides great opportunity for our students to hone the kind of journalism that holds power accountable and helps diverse communities make sense of our increasingly complex and interconnected world.  After 12 months, the financial question for this demonstration garden, like the financial problem in the news industry, remains the big question.