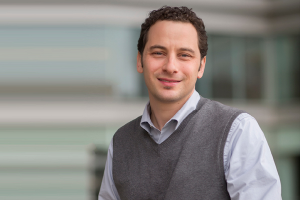 Pictures on cigarette warning labels increase the likelihood that smokers will quit, but they do not necessarily change belief in the risk of harm. This is according to a new study from a team co-led by UNC Hussman Professor Seth Noar and UNC Gillings School of Global Public Health Professor Noel Brewer.

Published today in Human Communication Research, Noar, Brewer and colleagues, including Gillings Associate Professor of Health Behavior Marissa Hall, performed a meta-analysis on published studies measuring the specific types of effects pictorial warnings had on risk appraisals. Risk appraisals are the collective means through which people evaluate the chances of a future event happening, and they are traditionally divided into two categories: warning reactions and risk beliefs.

Warning reactions are immediate emotional and cognitive responses, typically involving negative feelings provoked by viewing a warning and thinking about its content. By contrast, risk beliefs involve a greater degree of judgment about the perceived likelihood of harm, perceived severity of harm and individual feelings of vulnerability to a smoking-related disease.

Noar, Brewer and Hall were part of a team that conducted a previous meta-analysis in 2016 on cigarette pack pictorial warnings. The results indicated that these warnings were more effective at preventing smoking or getting smokers to quit than text warnings. However, the lack of clarity surrounding the effect of warnings on risk appraisals required further analysis and became the foundation for this new study.

The team reviewed 39 articles that reported on 57 different studies across 13 countries, a majority of which were published within the last five years. The studies in the meta-analysis examined pictorial warning effects on both smokers and non-smokers from adolescence to adulthood, with the majority being smokers aged 18 years or older.

Brewer and his and team found that including a pictorial warning on cigarette labels had a significant impact on warning reactions. Viewers of pictorial warning labels experienced immediate emotional responses that included fear, sadness, guilt and disgust. They were also more likely to think about the health risks of smoking. But while these responses have proven effective in motivating smokers to quit, pictorial warnings ultimately did not change viewer beliefs about the likelihood or severity of negative health consequences.

The reason for this surprising lack of change in risk beliefs is not immediately clear. Warning labels do not explicitly tell smokers about the likelihood of illness, and it’s possible that smokers have an existing belief in the risk of harm that, while high, is unlikely to increase further. It is also possible that pictorial warnings and text warnings have equivalent impact on risk beliefs.

The results of the meta-analysis are important in helping researchers gain a better understanding of how cigarette warning labels work on audiences. While including a picture on a warning label does not increase belief in the risk of harm, the negative emotions elicited have a direct influence on a smoker’s decision to quit. More importantly, negatively evocative pictures cannot simply be used in an attempt to scare people away from smoking. The pictures on the labels must be directly relevant to the warning so smokers can make sense of the risks.

The findings align with a recommendation from the World Health Organization Framework Convention on Tobacco Control (WHO FCTC) that cigarette packs include pictures on labels, and it provides guidance to regulatory agencies that develop and design warning labels for cigarettes. More than 100 countries and jurisdictions require pictorial warnings. In 2009 the United States passed the Family Smoking Prevention and Tobacco Control Act, which required these warnings on cigarette packs, but roll-out was blocked due to a 2012 lawsuit from the tobacco industry. The pictorial warnings proposed by the Food and Drug Administration (FDA) were ruled to be unconstitutional due to lack of evidence of efficacy.

”Current cigarette pack warnings are stale and ineffective,” said Brewer. “New graphic warnings proposed by FDA will improve understanding of the many harms of smoking. They will help smokers know that the harms of smoking are scary and to keep these harms in mind when they smoke. The new warnings are also likely to motivate smokers to quit. That’s why the tobacco industry is fighting so forcefully against implementation of new warnings.”

The work of Brewer and his team is part of a growing body of evidence that while pictorial warnings should not be used to change a smoker’s belief in their own health risks, they can motivate people to kick the habit more effectively than text alone.

The study can be found in Human Communication Research online: “Pictorial Cigarette Pack Warnings Increase Some Risk Appraisals But Not Risk Beliefs: A Meta-Analysis.”