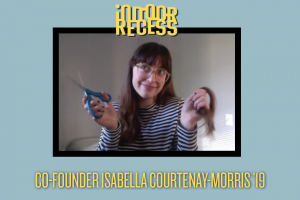 UNC Hussman School of Journalism and Media graduate Isabella “Bella” Courtenay-Morris ’19 and some creative colleagues turned ad agency opportunities lost to the pandemic into an idea — Indoor Recess — that Adweek called one of the “Ten Projects That Made the Industry Better in 2020.”

Courtenay-Morris grew up dividing her time between Bonny Hills, Australia, and Aspen, Colorado, where her parents Toni Courtenay and Graeme Morris teach visitors — and taught their son and daughter — to ski.

By the age of 16, “Bella” Courtenay-Morris was a ski instructor, too. Even after applying to UNC-Chapel Hill sight-unseen and moving to Chapel Hill as a first year student in 2015, she’d return to the Aspen Skiing Company over breaks to teach.

“That’s part of my personality — to stay busy, and do a million things at once,” she says with a laugh.

That ability to multitask helped her to thrive at UNC-Chapel Hill as a media and journalism student on the Ad/PR track with a minor in social and economic justice. She says the great academics, beautiful campus and thriving sports scene were just what she’d been looking for.

Being accepted into the Carolina Covenant program made a difference for the Australian-American. The program allows students to graduate debt-free through a combination of grants, scholarships and work-study opportunities.

As a Covenant scholar, Courtenay-Morris focused on classes like Teaching Assistant Professor Gary Kayye’s “Branding of Me” class and Professor of the Practice Dana McMahan’s design incubator courses while at UNC Hussman.

It was in McMahan’s MEJO 572 “Art Direction in Advertising” class where she and fellow Hussman senior Colby Kirkpatrick ’19, now a creative associate at Jack Morton Worldwide, teamed up to build an interactive art store (Galore) to showcase the work of Carolina students.

Kirkpatrick describes Courtenay-Morris as the kind of person you wanted to see on your team when group projects were assigned. “She always went above and beyond,”  he said. “Bella just couldn’t be a better team member.”

Courtenay-Morris pulled her friend and former classmates’s expertise into Indoor Recess, where he served on a panel about experiential marketing. 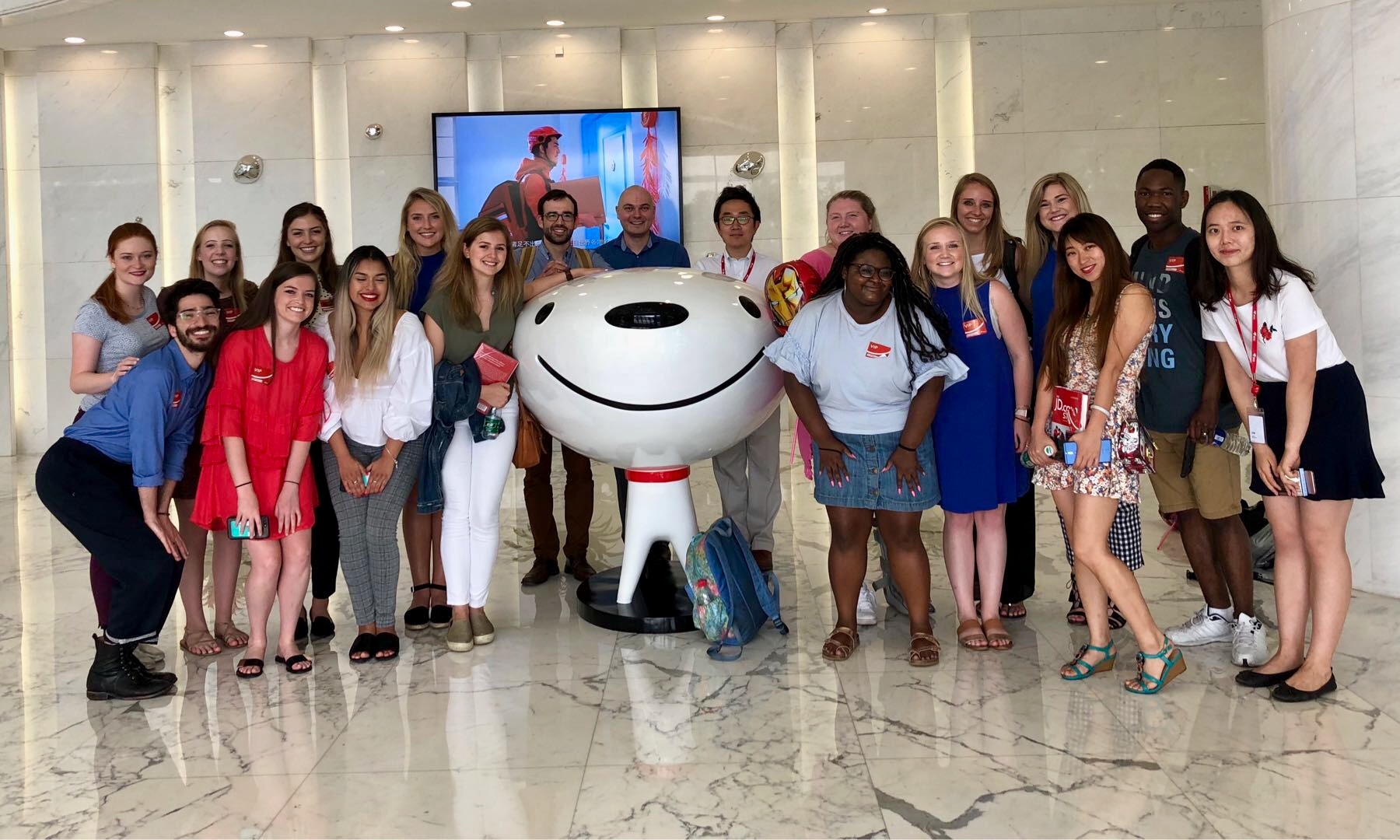 At Carolina, she also found time to serve as vice president of the UNC Ad Club and participated in the American Advertising Federation’s National Student Advertising Competition. She flourished in internships at Ogilvy — supported by a Hussman-based Sharoky Fellowship — and Bauer Media Group Australia, spent a semester studying abroad in Barcelona and even garnered a Canady International Award which enabled her to travel to China in 2018 with Assistant Professor Joe Czabovsky’s MEJO 437 “Media in Asia” course.

“It’s an amazing school!” she says of her time at UNC Hussman. “I’m so grateful for the Covenant program. I tried to take maximum advantage of being at UNC Hussman, to stay involved and build relationships with my professors. And I’d look into the other funding opportunities that they told us about in class, which is how I got to China.”

“I always tell my clients,” Courtenay-Morris says about skiing. “I’d say ‘imagine your body as an accordion. Ankles, knees, hips: imagine they are all bending on top of each other, as needed by the terrain.’”

It’s the kind of flexibility required of a 2019 graduate whose plan was to spend six months traveling (she did, visiting four continents) and then to secure an ad agency position (she did a post-graduate internship at Edelman, but the pandemic prevented the firm from hiring any of its May 2020 interns).

Her travels took her back to Australia, then Southeast Asia, Europe and back to the United States.

“I encourage students who are seniors and haven’t pinpointed exactly what they want to do to take a gap half-year or year,” said Kayye. “I teach a whole class period in ‘Branding of Me’ on how to do it and not spend any money.”

Kayye remembers that “In Bella’s case, her adventurous parents were already on board. I just had to explain that ad agencies and creative companies don’t hire based on a schedule, they hire when they need people — so taking some time could work to her advantage, as long as along the way she created something or volunteered to work at an agency wherever she was or did some pro-bono work, to stay marketable.”

Kayye is proud but not surprised that Courtenay-Morris’ version of a volunteer project garnered such involvement, and accolades.

“I don’t think she intended it to be that big,” he said. “But it is a unique program and her personality is such that she is willing to take a gamble. I knew that she would be fine.”

After graduation, the Carolina graduate moved to Washington, D.C., for a post-graduate internship with Edelman. Returning from the District of Columbia to quarantine in Colorado was a disappointment. But it wasn’t all downhill for Courtenay-Morris. She pivoted to freelance work instead, doing copywriting and brand strategy for nonprofit and corporate clients. She and her friend Lex Jin Coehlo ’19 pursued a creative partnership, submitting work to competitions like the “Young Glory” and “Young Shits” calls for creatives.

In April 2020, she answered a LinkedIn message from Cal State Long Beach student Johnny Thai, who had just found out his summer internship had been cancelled. Was she interested in co-founding an advertising competition with a group of young creatives that would emulate the experience of interning, giving other students and recent graduates the chance to work on briefs and be mentored by agency professionals as they developed a creative campaign?

She had the time and the interest to build something from scratch. She told Thai she was in.

The team got to work, voting to call their idea “Indoor Recess” and working together — via Zoom, of course — to develop and brand the web-based “crash campaign.”

As one of multiple leadership responsibilities, Courtenay-Morris took charge of pitching to potential partners and media, using her internship experiences at Ogilvy, Bauer Media Group and Edelman to tackle the task. 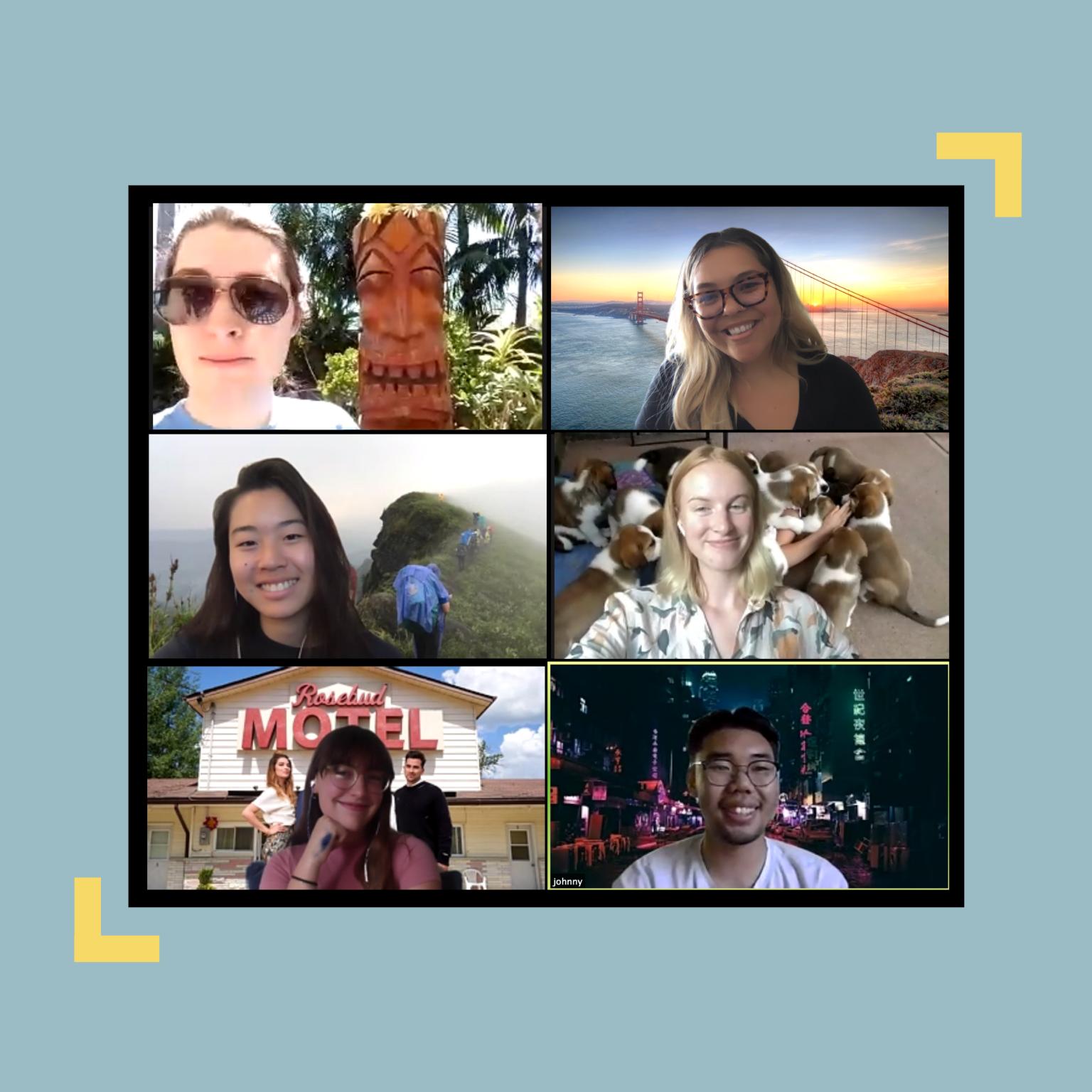 By May, she and the five other students and recent college graduates from schools in California, Maryland and New York had launched Indoor Recess, a two-week-long advertising pitch competition for students stuck indoors instead of interning.

“Why not use this time indoors to flex some mental muscles and stay creative?” their website proposed.

Courtenay-Morris reports that more than 100 people in 24 hours of the launch had volunteered to sign up as judges and mentors, and over 100 students had applied to the program.

Heartened by the level of interest, the Indoor Recess founders expanded to three sessions, one a month over the summer of 2020. The teams developed a campaign to reduce hate crimes on campus for their first client partner, Color of Change; and top-secret creative campaigns for client partners Twitch and Disney Music Group.

“I was jealous seeing the briefs,” said the Indoor Recess co-founder. “I wish I could have worked on each campaign!”

For each session, 10 teams of eight students from across the country were chosen. Team members served as account managers, project managers, strategists, copywriters and art directors. They shared the responsibilities of handling client relations, juggling multiple schedules and working out complex timelines as they developed creative solutions to real-world problems.

To line up mentors and judges, Courtenay-Morris contacted professionals she’d met or corresponded with as Ad Club vice president, on a UNC Hussman career services networking trip to New York City and from contacts she’d made via her professors. Volunteers came together from places like FCB Global; Goodby, Silverstein & Partners; Wieden + Kennedy; Edelman; Nike; and Amazon to lend a hand. And Courtenay-Morris gained invaluable Zoom-time with the likes of Jason Marks, the Global Chief Creative Oficer of the creative agency Laundry Service.

In the end, 260 participants (from 1,005 applicants) worked with 110 mentors and 95 judges. Twenty-nine assembly sessions with 57 top agency speakers were recorded on Crowdcast and three winning teams were identified.

“Quite frankly, every presentation I watched was better than most professional agencies deliver to me,” said Rob Souriall, Disney Music Group VP of Global Marketing, about the campaigns he reviewed.

“I really give kudos to the Indoor Recess architects — so impressive,” he added. “I think this is a model for an ongoing summer program. Why didn’t I think of this 35 years ago?!”

Today, Courtenay-Morris continues to gain experience freelancing for a variety of companies. Her ultimate goal is to land back in an ad agency where she can continue to grow her skillset and thrive amongst the creative talents she worked with to make Indoor Recess an Adweek-notable success. 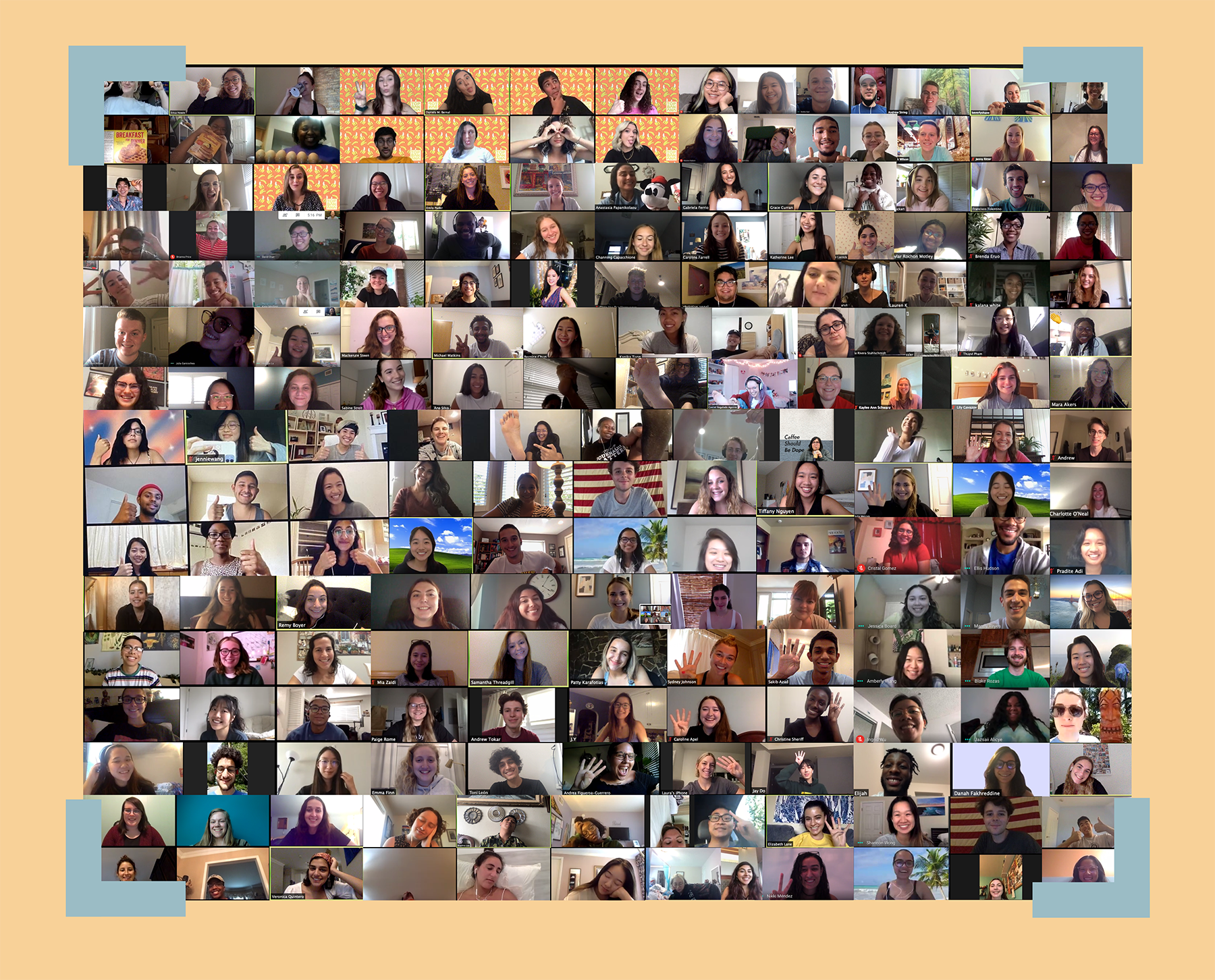