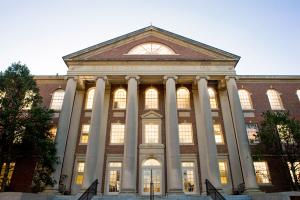 Below is a list of recently published or presented scholarship by UNC Hussman faculty and students.

Value-affirming activities have been linked to positive health outcomes and improved ability to cope. For cancer survivors who regularly play video games, could games have potential to affirm values? The researchers surveyed gameplaying survivors and included an open-ended question asking about values and the extent to which they perceived gameplaying as supporting values. A majority of respondents perceived gameplaying as supporting values or offering other benefits, contributing to a richer understanding of survivors who gameplay.

This study examines the impact of visual optimizations on recall of the FDA-mandated e-cigarette advertisement warning text. Through a survey experiment of 1,854 young adult e-cigarette users or susceptible non-users recruited via Amazon's Mechanical Turk, the researchers found that visual optimizations such as color may influence warning text recall and should be considered for new warnings. It is possible the newly mandated e-cigarette advertisement warnings, which are required to occupy at least 20% of the ad, are currently novel enough to attract attention.

The visual complexity of a website is influential for users’ first perceptions and subsequent use of eHealth. This research compares how design complexity and feature complexity affect users’ evaluations of web aesthetics and antecedents for technology acceptance. Findings illustrate that not only what is shown but also how this information is displayed had a significant impact on users’ impressions. When the visual information was well-organized (higher design complexity), users rated the websites as more aesthetically pleasing, easier to use, and more useful. Similarly, providing individuals with more content (higher feature complexity) also led individuals to believe the websites were designed well, more dynamic, and had greater usability. Health websites with more visual information organized according to design principles are rated as more appealing, without sacrificing perceived usability.

As cigarette use rates decline among adolescents and young adults, public health officials face new challenges with high use of non-cigarette tobacco products (NCTPs). Online tobacco education is a potential solution to discourage use, yet limited information is available for how online media should look and function. This study aims to fill this gap by conducting focus group interviews to identify adolescents and young adults' aesthetic and functionality preferences for online tobacco education (phase 1) followed by interviews to assess a NCTP education website developed (phase 2). The researchers found preferences for use of font and colors to highlight tobacco information in organized designs. Interactive features (quizzes) motivated engagement, and participants desired responsive designs that function similarly across devices. Public health researchers and educators should apply these preferences to help create a tobacco-free future for youth.

Confusing information about cancer screening spreads even within credible sources online, particularly around mammography and prostate antigen testing. One story may emphasize the benefits of screening, while another focuses on its risks. How does this contradiction affect readers of these stories? Across two experiments, this study found support for the notion that exposure to conflicting information decreases self-efficacy and response efficacy, potentially discouraging the likelihood of changes in behavior that could prevent cancer.

Qu, Y. (2019). Engaging publics in the mobile era: A study of Chinese charitable foundations’ use of WeChat. Public Relations Review, 101815.

WeChat, the most widely used social mobile application nowadays in China, marks the advent of a mobile communication age that has reshaped Chinese people’s lifestyles. Understanding Chinese nonprofits’ communication performance on WeChat is a rising field of study that calls for public relations scholars’ attention. Through a content analysis of the most transparent Chinese charitable foundations' use of WeChat, this study shows the dialogic potential of WeChat has not been fully used by Chinese foundations. The official accounts have been relatively successful in providing useful information for interested publics, but most of them still have not created a dialogic loop with their audience. In addition, certain communication strategies were identified in the posts to attract audience attention and to promote organizational activities, such as the incorporation of multimedia content and popular online events.

Analyzing Media Messages, Fourth Edition provides a comprehensive guide to conducting content analysis research. It establishes a formal definition of quantitative content analysis; gives step-by-step instructions on designing a content analysis study; and explores in depth several recurring questions that arise in such areas as measurement, sampling, reliability, data analysis, and the use of digital technology in the content analysis process. The fourth edition maintains the concise, accessible approach of the first three editions while offering updated discussions and examples. It examines in greater detail the use of computers to analyze content and how that process varies from human coding of content, incorporating more literature about technology and content analysis throughout. Updated topics include sampling in the digital age, computerized content analysis as practiced today, and incorporating social media in content analysis. Each chapter contains useful objectives and chapter summaries to cement core concepts.

Authored by pioneers of agenda-setting theory and digital media researchers, Agendamelding: News, Social Media, Audiences, and Civic Community builds on the premise that people construct civic community from the information that they seek—as well as the information that seeks them—to trace the processes by which we mix, or meld, agendas from various sources into a coherent picture of the civic community in which we live. Using the presidential elections of 2008, 2012, and 2016, this book demonstrates how audiences meld the messages of newspapers, television, and social media to form a picture of the issues and candidates in the digital age. This book marks the 50th anniversary of the seminal agenda-setting study conducted in Chapel Hill in 1968.