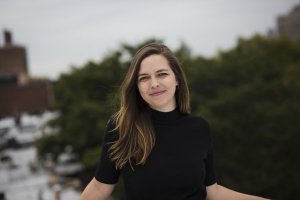 “There’s plenty of room in the world for mediocre men. There’s no room for mediocre women,” Albright told Bakalar, one of a host of forthright statements the first woman U.S. Secretary of State made to the quietly ambitious filmmaker who was then three years out of college. 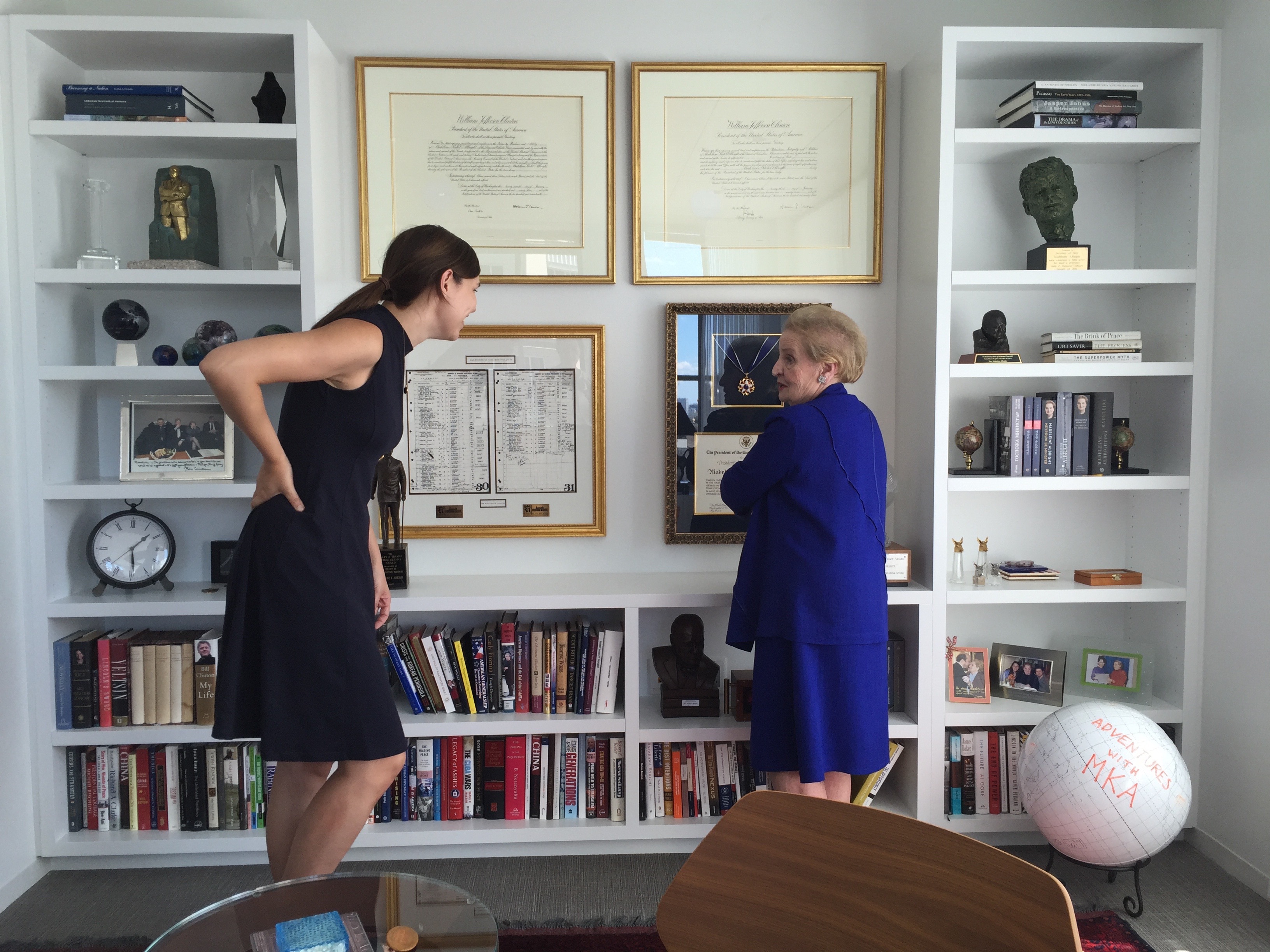 “It’s such a privilege when anyone opens up in the way that we’re asking them to,” says Bakalar today (pictured above left with Albright during the 2016 shoot). A self-described introvert, Bakalar has learned that telling human-centered stories requires relationship-building, a willingness to be as open and vulnerable as the people in front of her camera.

She says the project came her way within three months of joining Time in 2016 from the Los Angeles Times, where she’d made the most of storytelling opportunities on video in what was still considered a photography department.

“Firsts” is still one of her favorite projects for many reasons, in small part because she garnered inspiring advice from the women she got to know.

In 2017, Bakalar was similarly moved when she helped produce a short doc for the magazine’s “2017 Person of the Year: The Silence Breakers” issue, which recognized the voices that launched the #MeToo movement.

“When I graduated, video journalism at newspapers and magazines was so new,” she says, “that I was expected to be a one man band.”

Moving to Time gave her the structure she needed to expand her editing, production and interview skills in a hurry — and the opportunity to film world leaders and newsmakers on a regular basis.

The Greenville, North Carolina, native is on the West Coast now after four years in New York City, having moved back to Los Angeles at the onset of the pandemic. The busy filmmaker and editor just completed an assignment helping to produce and edit video for the magazine’s 2021 Time 100 issue.

Her passion for editing shines through in her work on recent COVID-19 coverage and projects like “Notice of Eviction” for Time.

From Greenville to Los Angeles and Austin, Carolina Covenant cleared the way 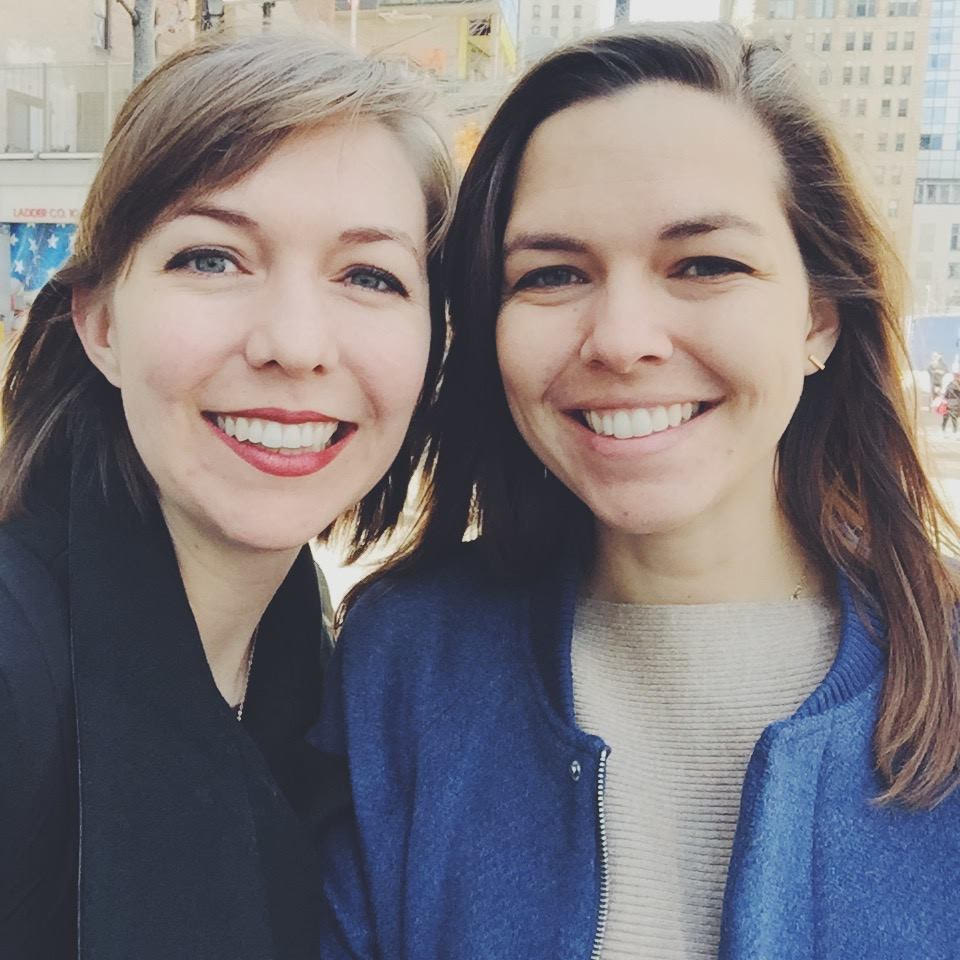 Twins born to a nurse and a firefighter, Spencer Bakalar and her sister Madison (at left in photo) attended a small, private Christian high school in eastern North Carolina. The twins thrived in school and graduated in 2009 alongside 20 other students.

As juniors, a guidance counselor suggested they apply to the University of North Carolina at Chapel Hill. Neither had ever dreamed of Carolina as a possibility. Even after they were admitted, Bakalar remembers, their parents did not know how they’d be able to send both daughters to college.

That’s when they were introduced to the Carolina Covenant. The UNC program was established in 2004 to help students who have been admitted solely on the basis of their academic achievements achieve a debt-free graduation through the combination of grants, scholarships and a work-study job.

The Covenant Scholars program offers mentoring, academic and personal support services to students whose household income is less than 200% of the federal poverty level. What started with a first class of less than 300 students in 2004 has grown to support 10% of all undergraduate students today.

Spencer and Madison are two of more than 10,000 Covenant Scholars to come to Carolina in the last 17 years. Until they applied to Carolina and took a campus tour, the sisters had never set foot in Chapel Hill.

“We were really excited and extremely grateful,” Spencer Bakalar says.

She still remembers the day the twins received a letter in the mail telling them they’d been accepted into the Covenant Scholars program. The program unlocked the door to storytelling tracks for both sisters.

Bakalar shares that her sister, who studied English and helped found CampWrite at Carolina, went on to get her MFA in creative writing. The Austin-based editor recently won the 2020 Lorian Hemingway Short Story Competition for “So This Is How We Go,” an exploration of loss at the end of the world.

At Carolina, Spencer Bakalar wasn’t sure where her path would lead. She did not work on a high school paper or literary magazine, camera in hand, but she’d identified a keen interest in all things visual — even briefly considering ophthalmology as a career path.

She remembers sitting in her dorm room leafing through a course catalogue when she saw photos of the J-school’s photojournalism and multimedia students. She took one class with Jock Lauterer.

“He was a good first teacher,” she said, remembering how the photojournalist and educator’s passion for community journalism moved her.

The photo/video journalism track suited her interests. There was no turning back.

Bakalar remembers the program as all-consuming and her peers as close-knit. She notes Director of Journalism Laura Ruel and Associate Professor Chad Heartwood’s ongoing advice and support, which continues to this day.

Heartwood remembers, “Humility, mindfulness, resolve, and kindness — these are the words that describe the Spencer Bakalar I knew as a student, and as I’ve seen Spencer’s work at TIME, I can tell that her spirit and skills have only grown stronger. She was a leader in the classroom here at Carolina. She led through action and example. She’s the kind of person and storyteller you want to work with. She will get the job done and she will do it with heart.”

Her work on UNC’s “Powering a Nation,” a long-running student-created, interactive media site spearheaded by Ruel that explores the implications of U.S. energy use, helped propel her to an apprenticeship with the LA Times. That experience led to a full-time position with the paper as video producer and editor.

Looking back, she wishes she’d found journalism even earlier. That might have allowed her room to take even more Carolina courses in other fields.

“Finding those side passions and what’s important to you is invaluable in your pursuit of journalism,” she says now. “It allows you to bring so much more to the table and identify the stories you’re meant to tell.”

The list of former UNC Hussman classmates whose work she follows and admires is a long one and includes Julia Wall, Carolyn Van Houten, Margaret Cheatham Williams, Caitlyn Greene, Lauren Frohne, Jessey Dearing; and then-graduate students Josh Davis, Ligaiya Romero, Cath Spangler and Natalie Taylor. So is the list of students that have come since whom she follows with interest: Emily Rhyne, Cam Robert, Sophia Nahli Allison and Kelly Creedon among them. With Bakalar’s name added, the compilation reads like a Who’s Who of visual storytellers. All with UNC Hussman roots.