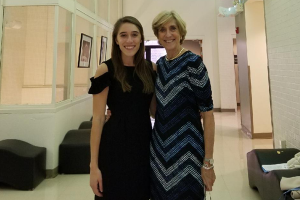 Prior to founding Rizk Pictures, Rizk Keane worked for VH1’s Multiplatform Production and Programming division. She has worked with various production companies and media conglomerates, such as Viacom, Woodridge Productions, Embassy Row and Sony Pictures Entertainment. She has also been a part of production teams for MTV and MTV2, NBC’s The Blacklist, as well as Law & Order: SVU.

Rizk Keane is a 2014 graduate of the UNC Hussman School of Journalism and Media. While attending the Hussman School, she specialized in broadcast and electronic communication and produced news packages and feature stories for the radio station, WCHL.