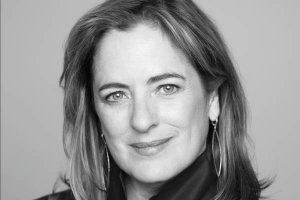 Credle joins a group of jury presidents chosen from the world’s best industry leaders — and one that is majority women this year for the first time in history. The Titanium category includes branded communications that produce provocative, boundary-busting, envy-inspiring work. Credle herself is known as a leader who has broken all barriers in the changing world of advertising and for women of her era.

Credle started out an intern at advertising agency BBDO and moved up the ranks to become executive creative director. In 2009, she moved to Leo Burnett USA, where she was credited with the firm’s creative resurgence. She has helped create award-winning ads for brands such as Bank of America, FedEx, Lowe’s, PepsiCo, Pizza Hut and Visa. At FCB she drives the creative product and reputation of the marketing communications agency, which provides work in 80 countries.

Credle was inducted into the NC Media & Journalism Hall of Fame in 2014 after becoming the Hall of Fame’s first recipient of the Next Generation Leadership Award in 2008. She currently serves on the Hussman Board of Advisers and was the school’s commencement speaker in 2018.

“Susan Credle is a leader, an influencer and a powerful creative force at the top of her industry,” said Susan King, dean of UNC Hussman. “We are so proud of her trailblazing career, the prestige she has earned, and grateful that our students can look to her as an example of what their talent, hard work and commitment can achieve.”