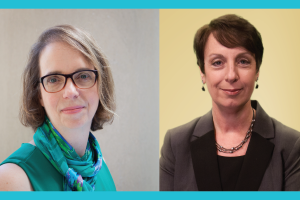 Ekstrand teaches courses in media law to graduate students, and her research explores conflicts between copyright law and the First Amendment. Prior to joining UNC Hussman, Ekstrand worked for The Associated Press as its director of corporate communications.

Ekstrand said she views the Royster professorship as the heart of interdisciplinary work on campus.

"I'm thrilled and excited to be a part of that," Ekstrand said. "I've always cared about interdisciplinary work. I'm interested in the intersections among disciplines on campus and how they can serve the North Carolina public."

During her three-year term, Ekstrand hopes to raise visibility of the Royster Society of Fellows, which celebrates its 25th anniversary in 2021. The fellowship is a premier doctoral fellowship at the University, which comes with financial support, mentorship and facilitates interdisciplinary opportunities for doctoral students.

Ekstrand said she particularly values the diversity of voices and the conversations that the Royster programs spark among graduate students.

"It's conversations across those disciplines that are going to solve the big problems of the day, like COVID-19 and climate change," Ekstrand said. "Students drive interdisciplinary conversations. They're not satisfied with studying one stream. They want multiple methods; they want to look at issues from multiple perspectives. As faculty, and as The Graduate School, we have to meet them there. They demand it as much as society needs it."

As the fifth Royster Distinguished Professor, Ekstrand will serve on the Royster Society of Fellows Board and raise visibility and excellence of the fellows on campus and beyond. She will facilitate interdisciplinary seminars, mentor Royster fellows and oversee the Royster Global initiative, among other duties.

Gibson has been awarded a prestigious UNC research and study leave for spring 2022 to pursue a book proposal based on her research examining the public discourse surrounding the relationship between LGBTQ+ rights and religious freedom in the United States.

“I've been interested in LGBTQ+ rights since I was a reporter covering the AIDS epidemic years ago,” Gibson said. “I was appalled to see how homophobia influenced the government's handling of that crisis. Although the U.S. has come a long way in some aspects of LGBTQ+ rights, there is still significant discrimination, ranging from bullying to being denied a job.”

At UNC Hussman, Gibson’s research focuses on the effects of exemplification in journalism on issue perception and the effects of images of sexual minorities in the media.

Gibson’s book will focus on the issue of how to preserve the free exercise of religion guaranteed by the U.S. Constitution while preventing discrimination against LGBTQ+ individuals. She will examine media framing of the issue, messaging strategies of advocacy organizations involved in the dispute, and social media discourse.

While delving into the historical conflict surrounding the issue, the book will also devote attention to those currently seeking common ground.

“Although we don't hear a lot about it, there are leaders from both communities looking for ways to treat each other with dignity and respect. I'm interested in exploring this aspect of public discourse related to religious freedom and LGBTQ+ rights,” Gibson said.

This project follows Gibson’s 2018 book, “Same-Sex Marriage and Social Media: How Online Networks Accelerated the Marriage Equality Movement,” which focused on the acceleration of the same-sex marriage debate through social media.