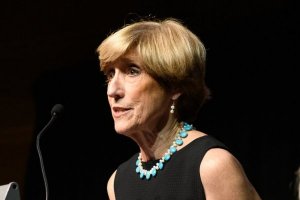 Democracy is fragile, and its lifeblood is a robust and independent media.

Yesterday when the Capitol, a symbol of our nation’s great democracy, was breached, journalists proved why our Founding Fathers believed in the need for the First Amendment, a free press and journalists who would hold power accountable.

Americans learned through the many portals of information — newspapers, television, radio, and digital and social media — the words of the president and president-elect of the United States, the actions of the mob, the response of police, the fear inside the Capitol among those who had to take shelter. And then, into the night, we witnessed the debate between those who wished to turn against the legitimate votes of Americans and those who stood by the sanctity of our American voting system.

The media proved that a free people can’t exist without them. Journalists must cover the news and uncover the news. Journalists cannot simply report ‘on the one hand and the other hand’ but must ask the penetrating and often problematic questions of those in power.

This partisan era in America has led to many losing trust in journalists, and the president has spent four years tearing down our system of a free press. Our role as educators and professors is to build a new generation of journalists and communicators committed to American democracy and to representing Americans of tomorrow. We can be proud of the journalists and communicators who fulfilled that role yesterday — on the front lines documenting, reporting and analyzing chaotic and fast-moving events in real time.

The threat to our system of government is not over. A new president will be inaugurated on January 20, and the importance of reaching all citizens with true and trusted information remains critical. Yesterday, clearly some in the mob represented a group of people led by misinformation and false claims of election fraud.

I am proud to be the dean of a journalism and media school where the values of a free press are celebrated and taught and at a public university that stands for the free flow of information, discernment and debate. The media proved itself a central pillar of our society yesterday.

We at UNC Hussman stand by the values that keep American democracy alive and free.