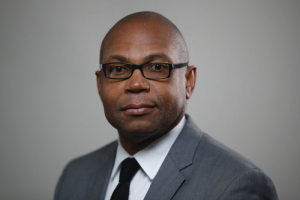 UNC Hussman is proud of its partnership with the distinguished co-founders of the Ida B. Wells Society for Investigative Reporting, which partnered with the school in 2019. The Society, a national organization dedicated to increasing and retaining reporters and editors of color and educating newsrooms, was co-founded by Ron Nixon of the Associated Press, Nikole Hannah Jones '03 (M.A.) of the New York Times and Topher Sanders of ProPublica. On March 12, Nixon continued his prolific career with a promotion to global investigations editor of the AP. He will oversee a team of reporters around the world, ensuring accountability reporting and strong investigations throughout the AP's global reports. Nixon spoke about his career as an investigative reporter and editor at the UNC Hussman and Ida B. Wells launch event last November. UNC Hussman looks forward to Nixon’s continued mentorship and education of young journalists.  Read the Associated Press' announcement below, and more on the Ida B. Wells Society and its co-founders here.

AP promotes Ron Nixon to be its global investigations editor

The Associated Press has promoted acclaimed reporter, editor and data journalist Ron Nixon to be its global investigations editor, overseeing teams of reporters around the world and helping to infuse the AP’s global news report with accountability reporting and a strong investigative ethos.

The announcement was made Thursday by Senior Vice President and Executive Editor Sally Buzbee.

“Ron’s integrity, his passion for smart reporting and his commitment to helping everyone he meets make him the ideal leader for AP’s scrappy, ambitious investigative team,” Buzbee said. “We care deeply about this work and are thrilled to have found the right person to lead it.”

Nixon joined the AP in early 2019 as international investigations editor, managing a team of investigative reporters in the U.S. and abroad. In that role, he has guided the AP’s ongoing coverage of the war in Yemen, including investigations that found the United Nations was investigating corruption in its own agencies, and uncovering efforts by Houthi rebels to block aid efforts.

Nixon also edited a major investigation into opioid producer Mundipharma’s sales tactics in China. Based on a trove of internal documents and former sales reps, it revealed the company was using the same marketing tactics in China that allegedly contributed to the opioid crisis in the United States.

Nixon and his team also helped AP repeatedly break news about how those close to President Donald Trump, including his personal lawyer, sought profits in the Ukraine while trying to dig up dirt on the president’s rivals. And he oversaw a reporting partnership with PBS Frontline looking into the Trump administration’s treatment of migrant children at the U.S.-Mexico border.

As global investigations editor, Nixon will report to Vice President and Managing Editor Brian Carovillano. He will be based out of the AP’s Washington bureau.

“Ron is a great colleague and teammate,” Carovillano said. “He works hard to collaborate with AP journalists around the world, and is a mentor to so many journalists both inside and outside the AP. But mostly he’s just a really great journalist and leader, and his dedication and enthusiasm for the work is infectious.”

Prior to joining the AP, Nixon was homeland security correspondent for the New York Times, based in Washington, where he covered border and aviation security, immigration, cybercrime and violent extremism.

He has reported in recent years from Mexico, Belgium, Rwanda, Uganda, Senegal, South Africa, Nigeria and the Democratic Republic of Congo, among other places. He is the author of the book “Selling Apartheid: South Africa’s Global Propaganda War,” and is the co-founder of the Ida B. Wells Society, which trains journalists of color in investigative reporting.

Nixon previously worked as data editor at the Minneapolis Star-Tribune, as training director at Investigative Reporters and Editors, and as an environment and investigative reporter at The Roanoke Times in Virginia.

“It is an honor to be asked to lead this amazing group of journalists,” Nixon said. “The talented reporters on AP’s investigations team are among the best in the world, and I look forward to working with them and our colleagues around the globe to produce the most in-depth and ambitious journalism in the industry.”