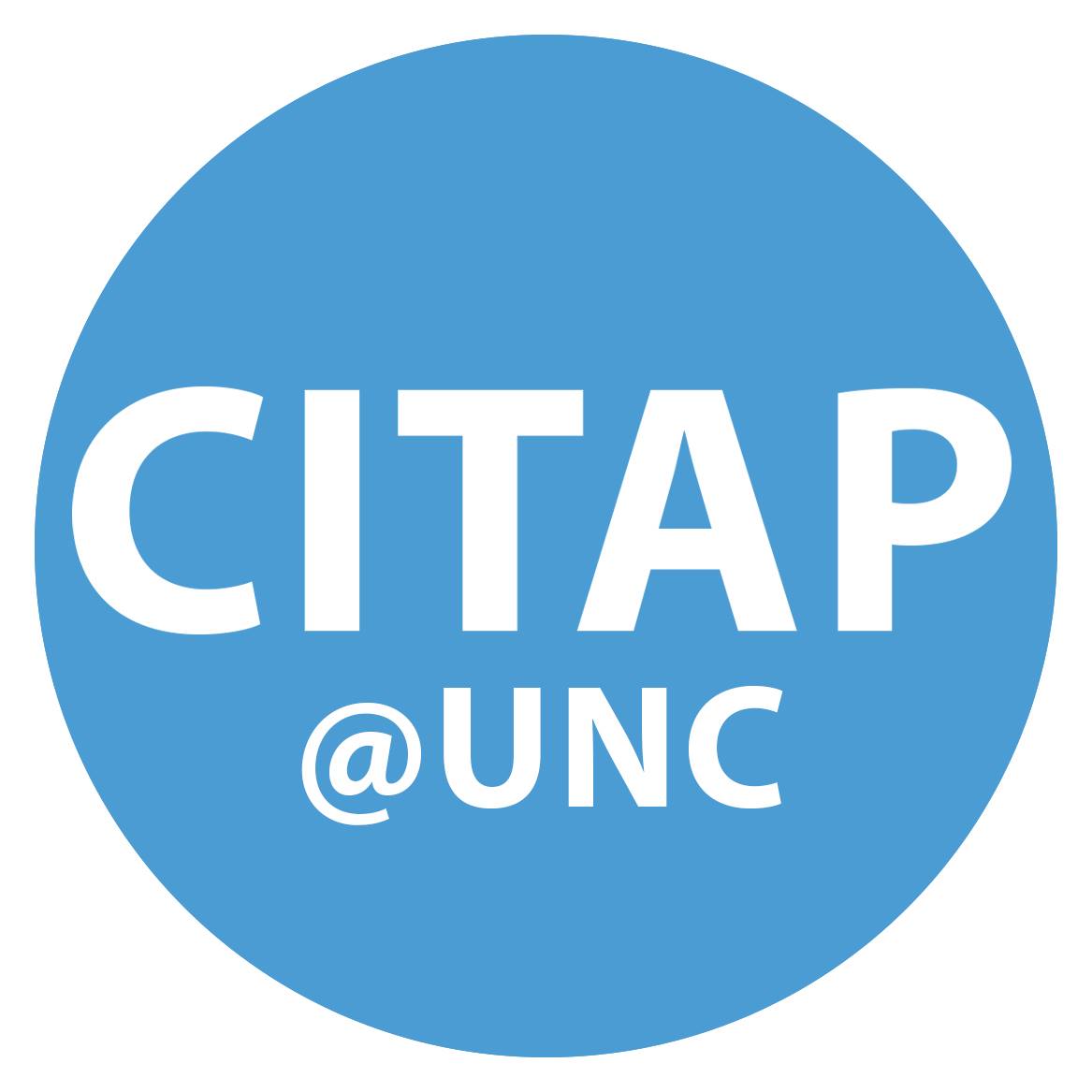 The UNC Center for Information, Technology and Public Life is a bold initiative at dedicated to researching, understanding and responding to the growing impact of the internet, social media and other forms of digital information sharing.

Investigators for the project include Gary Marchionini and Zeynep Tufecki from the UNC School of Information and Library Science, Deen Freelon and Daniel Kreiss of the UNC Hussman School of Journalism and Media and Alice Marwick from the Department of Communication.

Center for Innovation and Sustainability in Local Media

The UNC Center for Innovation and Sustainability in Local Media supports existing and startup news organizations through its dissemination of applied research and the development of digital tools and solutions.

The center supports the economic and business research of the UNC Knight Chair in Journalism and Digital Media Economics . In addition, it supports professors and students associated with the Reese News Lab, which designs, tests and adapts digital tools for use in small and midsize newsrooms. The center is funded by grants from the John S. and James L. Knight Foundation and the UNC Office of the Executive Vice Chancellor & Provost. 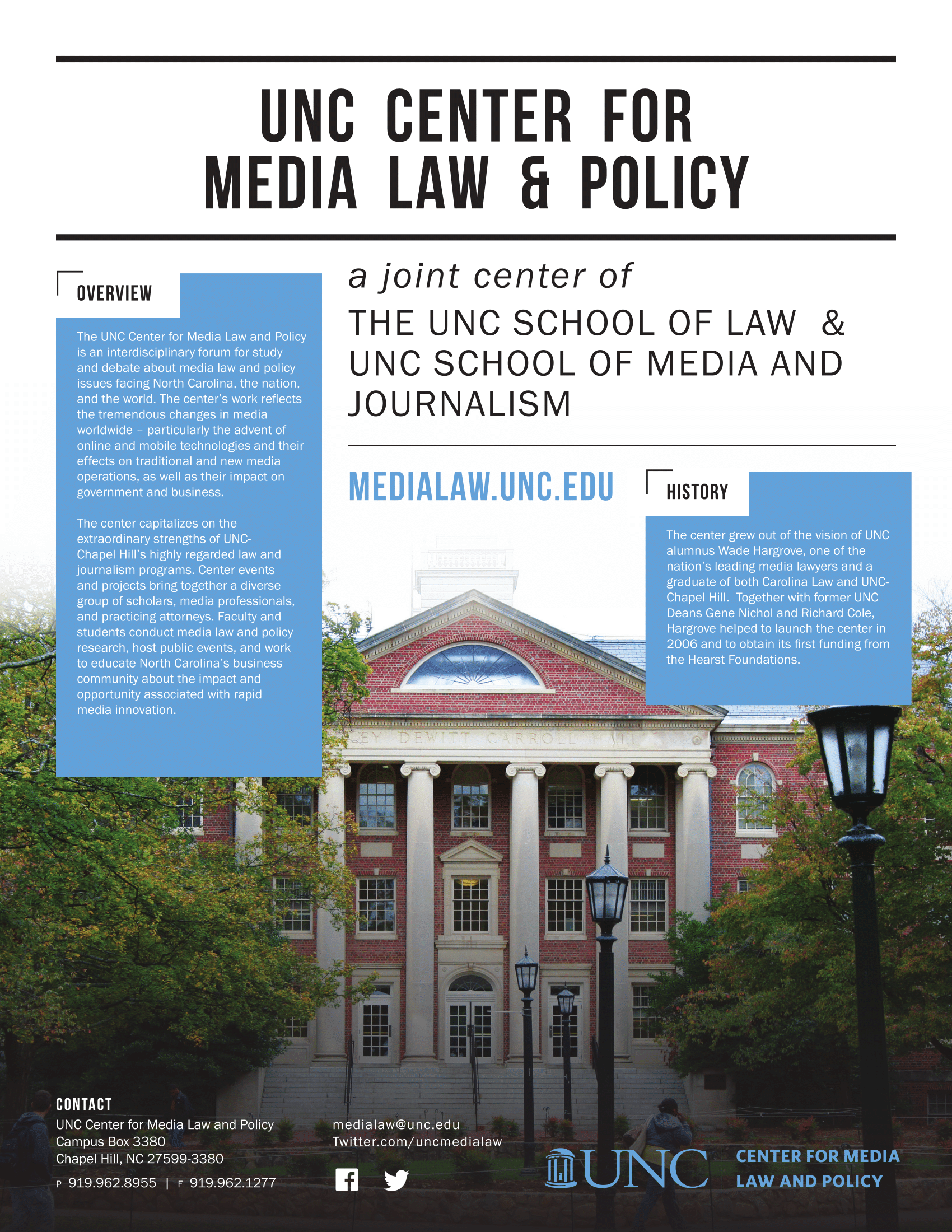 The UNC Center for Media Law and Policy is an interdisciplinary forum for study and debate about media law and policy issues facing North Carolina, the nation and the world. The center’s work reflects the tremendous changes in media worldwide – particularly the advent of online and mobile technologies and their effects on traditional and new media operations, as well as their impact on government and business. 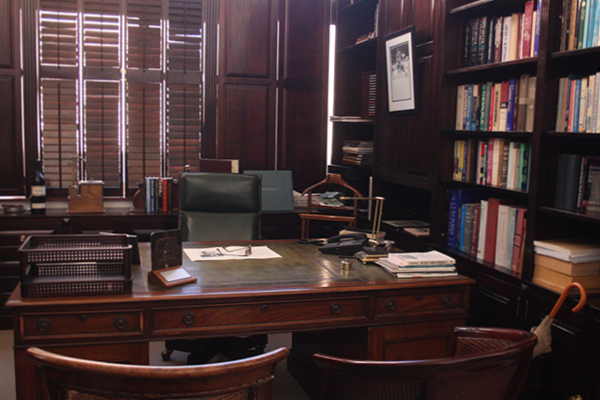 The Charles Kuralt Learning Center is a hidden gem within Carroll Hall.

The contents of his penthouse office in Manhattan were donated to the school, and the school faithfully recreated it in Carroll Hall — complete with Oriental rugs, paneled walls, brick fireplace, 12 Emmys and two Peabody awards, among other memorabilia.

"Charles referred to it as a gentleman's writing room," said Karen Beckers, Kuralt's assistant and longtime colleague at CBS. "He wanted it to have some charm and elegance. He didn't want a sterile working environment."

Located in 281 Carroll Hall, the center is open to visitors and students for studying and is used for special occasions.

Kuralt, a Wilmington native, died July 4, 1997, at age 62. He attended the University from 1951 to 1954 and was editor of The Daily Tar Heel. His first professional job was with The Charlotte News. Later he became the youngest correspondent ever hired by CBS News. That record stands today.

Kuralt is buried in the Old Chapel Hill Cemetery on campus next to his widow, Suzanna "Petie" Kuralt.

Heelprint Communications is a student-run communications agency that fosters meaningful relationships between students and clients. The entrepreneurial venture gives students a dynamic outlet to explore the fields of advertising, marketing and public relations, while also providing them with valuable hands-on experience.

Located in 19 Carroll Hall, the agency emphasizes creative thinking, professionalism and a strong sense of community in order to produce high-quality work.

The Ida B. Wells Society for Investigative Reporting is dedicated to increasing and retaining reporters and editors of color in the field of investigative reporting.

The organization seeks to educate news organizations and journalists on how the inclusion of diverse voices can raise the caliber, impact and visibility of investigative journalism as a means of promoting transparency and good government. The society is housed within the UNC Hussman School of Journalism and Media’s Reese News Lab.

Founded in 2016 by four veteran black journalists, the society today is spearheaded by three of the original founders, including Hussman School alumna Nikole Hannah-Jones ’03 (M.A.) alongside Ron Nixon and Topher Sanders, who continue to steer the vision, content and future of the Hussman-School-affiliated organization.The Ida B. Wells Society was named for muckraking journalist, Ida B. Wells, whose tireless and courageous reporting exposed the scourge of lynching to both a national and international audience. It can also be said that Wells was among the first data reporters, as she kept meticulous records on the numbers of lynching, where they were occurring and why.

The society offers investigative reporting training workshops throughout the United States and is developing a yearlong fellowship program based in New York City. The society’s co-founders advise and mentor Hussman-School students and share their investigative journalism expertise at Carolina in a classroom setting. 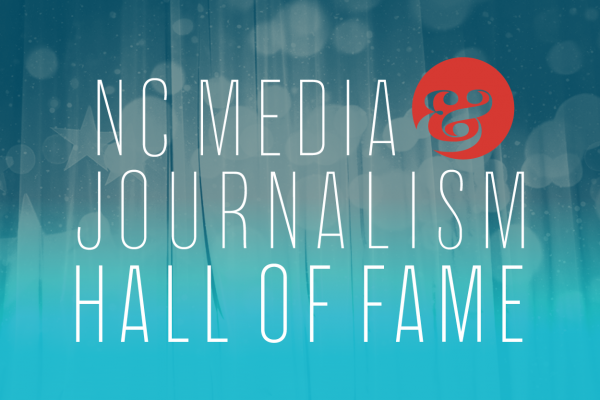 The NC Media and Journalism Hall of Fame recognizes diverse individuals with ties to the state who have had a significant impact on the professions and the communities they serve.

The honor is awarded to people at any stage of their careers who demonstrate leadership in their spheres of influence; service to the professions and society; and performance that meets the highest professional standards. Honorees are also people who inspire and advance others in media and journalism careers.

NCSMA held the first N.C. College Media Conference in 2008 at UNC-Chapel Hill. Since then, college campuses all over the state have hosted. Its annual statewide college media contests include categories for student newspapers, news sites, yearbooks and literary magazines.

The North Carolina Scholastic Media Association (NCSMA) is a statewide organization that promotes excellence in scholastic journalism and encourages respect for freedom of the press.

NCSMA also promotes professional growth of journalism advisers and speaks for scholastic media in matters of curriculum and instruction that affect journalism education.

NCSMA serves scholastic journalism and works for its advancement. It is located in 284 Carroll Hall.

The Park Library supports the Hussman-School‘s educational, research and professional mission by teaching students, selecting appropriate materials for courses taught in the school and providing space for quiet study. Named in honor of Roy H. Park, North Carolina native and founder of Park Communications, the Park Library opened its 5,000 square-foot quarters in July 1999. It is located in 265 Carroll Hall.

The Park Library offers “space, stuff and support” to support the school’s academic goals. Professional and student staff help students and faculty with circulation, reference and other questions. We teach effective search strategies for a variety of research needs in business journalism, market research, data gathering and more. We provide comfortable space for students to study quietly or in small groups on library computers or on their laptops. Finally, we provide online journals and newspapers, books and streaming films to support public relations, journalism and advertising research.

All are welcome to study in the Park Library. 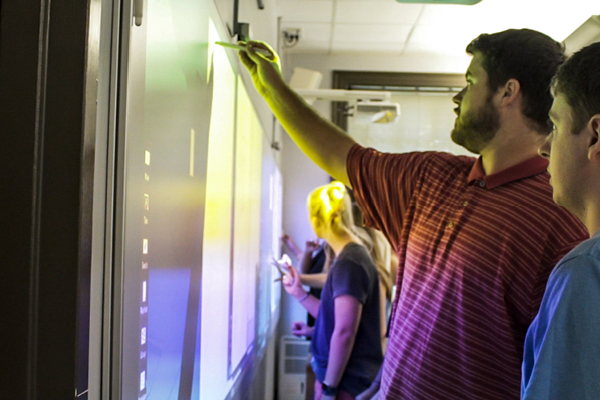 The UNC Blue Sky Innovations is a community of students and professionals working to reshape the future of media and journalism through design thinking, product development, audience engagement, computational journalism and emerging technologies. The lab is located located in 11 Carroll Hall.

For example, students in the Lab’s “MEJO 463: News Lab: Creating Tomorrow’s News Products” class spend a semester using a human-centered innovation process to develop ideas for media products that are desirable, sustainable and feasible. The best way to survive the cyclone of creative disruption in media is to follow the customers. We’re looking at how news organizations can use audience engagement and analytics to not only ensure that their reporting is relevant and build loyalty, but to perpetually iterate their products and services in anticipation of customer needs. The Lab isn’t just working on the tools and techniques that are changing journalism today, but on developing entirely new ways of telling stories and engaging audiences with immersive media such as augmented and virtual reality.