The Holding Power Accountable lecture series features journalists who are leading the examination of the people and organizations that hold power in society.

Started in 2016, the Jane Brown Health Communication Lecture honors the legacy of retired James. L. Knight professor Jane Brown. Brown is a founding member of the Interdisciplinary Health Communication program (IHC) and spent over three decades conducting research on the media’s influence on adolescents’ health, health communication and the use of media for health promotion. This annual lecture brings a nationally recognized researcher to the MJ-school to present their work and have a dialogue about health communication with an interdisciplinary mix of students and faculty.

The Mary Junck Research Colloquium series was formally established in 2007 to nurture an intellectually vibrant climate with both interdisciplinary and multidisciplinary shades, by scheduling scholarly presentations on diverse topics.

The speakers represent various disciplines and units on campus as well as other universities and organizations in the Triangle. The series has been particularly successful in attracting scholars and researchers of national and international renown from within the United States and abroad. The series attracts a diverse audience comprising faculty, graduate students and researchers from around the Triangle.

Family and friends of Nelson Benton established this series of lectures by distinguished journalists after Benton, who worked more than 20 years at CBS News, died Feb. 13, 1988. He was 63.

Benton began his broadcasting career at radio station WSOC in Charlotte, North Carolina, after receiving his degree from UNC in 1949. The next year, he established the first television news department in the Southeast at WBTV in Charlotte. In 1960, he joined CBS News in New York City as an assignment editor and reporter. He worked in Dallas when President John F. Kennedy was assassinated in 1963 and became the New Orleans bureau chief and correspondent for CBS News in 1964. He reported on the civil rights movement in the South and covered the Vietnam War from Saigon, Hue and the Vietnamese countryside. He spent the next decade as a Washington correspondent.

During the early 1970s, he was an anchor on the "CBS Morning News." He covered Watergate and the resignation of President Richard Nixon in 1974. He won an Emmy for a special broadcast about the Watergate tapes. When the country faced an acute shortage of energy resources in the 1970s, he pioneered the energy beat for CBS News.

He was a member of the team of CBS News correspondents who covered the American space program from the days of the Mercury astronauts through the moon landing on July 20, 1969.

Benton was born in Danville, Virginia. He and his wife Milli had one son, Joe Benton, who now lives in Falls Church, Virginia, and is a member of the MJ-school's Board of Advisers. Milli Benton died in 1994.

After Benton's death, Milli Benton donated his papers to the Southern Historical Collection at UNC. More than 2,700 items — including scripts, notes, appointment books and press packs — are in the collection and open to public viewing in Wilson Library.

Organized by the UNC chapter of the National Press Photographers Association, PhotoNight is a speaker series that brings photographers, documentary filmmakers and visual storytellers from around the country to present their work and inspire our students.

A Discussion on Documenting Protests | October 2018

The Reed Sarratt Distinguished Lecture Series brings some of the best and brightest minds in the field to the University each year to discuss matters of importance and concern, of philosophy and principle.

Reed Sarratt was a great friend of excellence in journalism and mass communication and in education for the field. For many years, he worked in Atlanta as executive director of the Southern Newspaper Publishers Association (SNPA) Foundation and then of SNPA itself. Before that, he had been a newspaperman in North Carolina.

A native of Charlotte and a 1937 graduate of UNC, he served as the inaugural president of the school's Journalism Alumni and Friends Association. He was inducted into the N.C. Journalism Hall of Fame in 1985.

Sarratt died on March 15, 1986, at age 68. He devoted much of his life to improving journalism in the South. He loved the University and the school; numerous members of the Sarratt family have graduated from the University.

Ken Bode, moderator of PBS television program Washington Week in Review and dean of the Medill School of Journalism at Northwestern University | Fall 1998

Gene Roberts, professor in the University of Maryland at College Park College of Journalism, former managing editor of The New York Times, and former editor of The Philadelphia Inquirer | Spring 1998

Creed Black, president of the John S. and James L. Knight Foundation and chairman and publisher of the Lexington Herald-Leader Company | Spring 1997

Geneva Overholser, ombudsman for the Washington Post and former editor of the Des Moines Register | Fall 1996

The Roy H. Park Distinguished Lecture Series began in October 1999. Sponsored by the Triad Foundation of Ithaca, New York, the lectures enhance the Roy H. Park Fellowship Program that began in the school in fall 1997. The fellowships go to new doctoral and master's students in the school each year.

The lecture series brings outstanding mass communication professionals to the campus each year with the goal of enriching the educational experience of undergraduate and graduate journalism students, and presenting speakers of interest to the campus and beyond.

The lecture series honors Roy H. Park, the founder, chairman and chief executive officer of Park Communications Inc., which became an expansive multimedia company with broadcast and print properties throughout the United States. 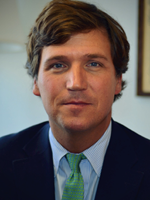 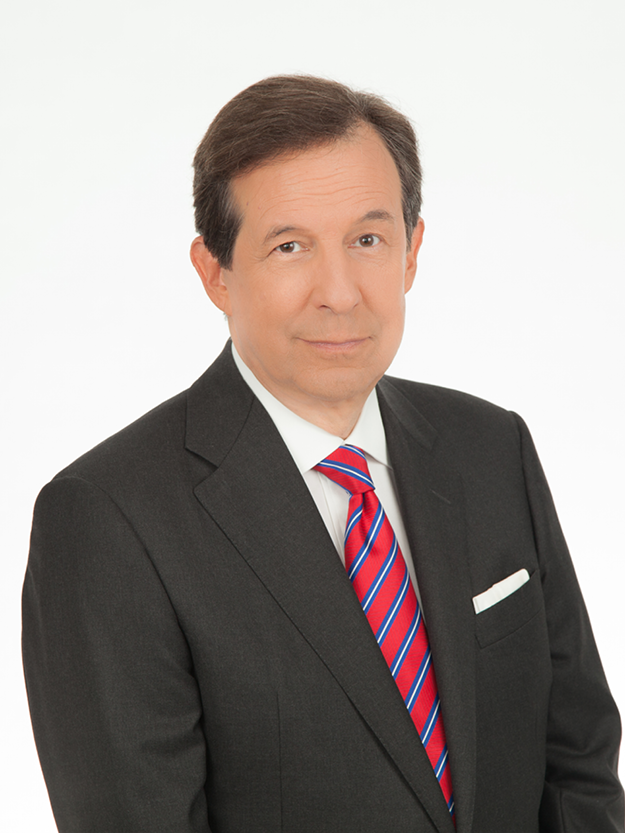 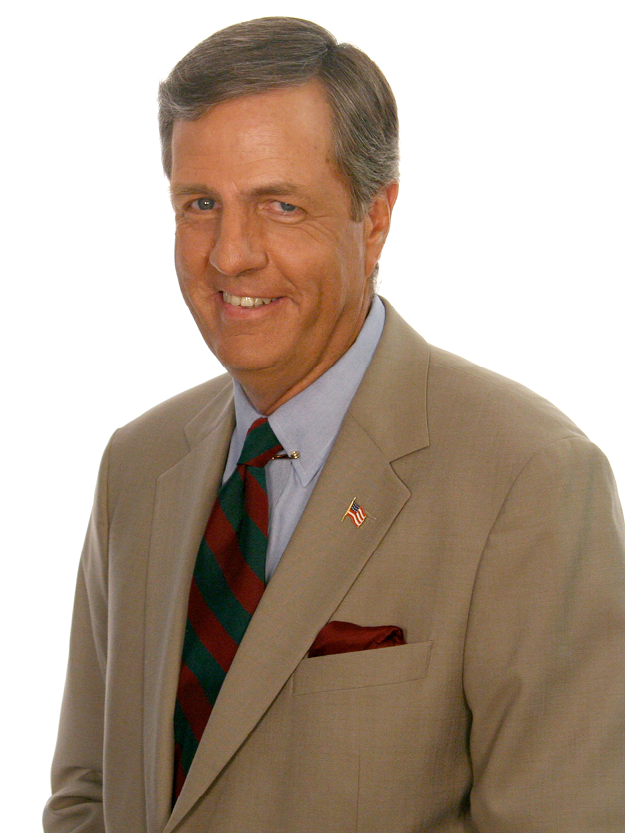 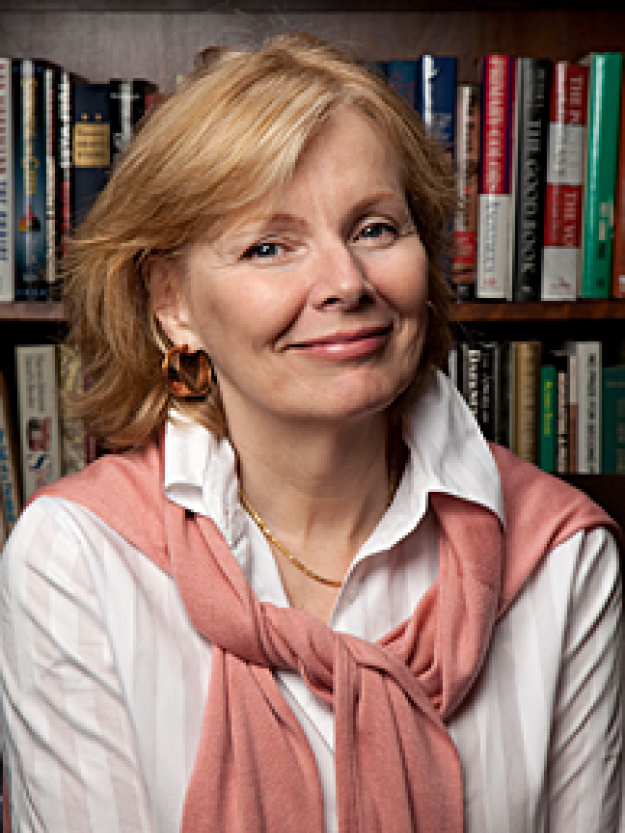 Alan Murray, a deputy managing editor and executive editor for online, The Wall Street Journal, "The Future of Newspapers: Some Light at the End of a Very Long Tunnel" | April 2, 2009

Charles Krauthammer, columnist, The Washington Post Writers Group, "The View from the Swamp: Washington in the Twilight of the Bush Administration" | April 12, 2007

Penelope Muse Abernathy, senior vice president of international and development, The Wall Street Journal, "Circling the Globe: No Cakewalk for the Media" | April 6, 2005

Marvin Kalb, senior fellow at Harvard University’s Joan Shorenstein Center for the Press, Politics and Public Policy and faculty chair for the John F. Kennedy School of Government’s Washington Programs, "Journalism Since 9/11: When Are We Going to Get Serious?" | Oct. 14, 2002

George Stephanopoulos, ABC News analyst, "Politics: The Art of the Impossible — A View From Washington" | Feb. 5, 2002

Movie industry executive John H. Stembler Jr.'s bequest created a $3.25 million ‘game-changer’ endowment for the MJ-school’s broadcast program. To honor Stembler's career in, and passion for, the motion picture industry, a speaker or panel event will be organized every two years at the School of Media and Journalism. The lecture will bring focus to topics related to the film industry to students, faculty and the Carolina community.

The Wade H. Hargrove Communications Law and Policy Colloquium is named in honor of Wade Hargrove, former chair of the UNC Board of Trustees and the driving force behind the creation of the UNC Center for Media Law and Policy. The colloquium was established and funded by various media companies and friends of Hargrove as a forum for discussion and debate on contemporary media issues.